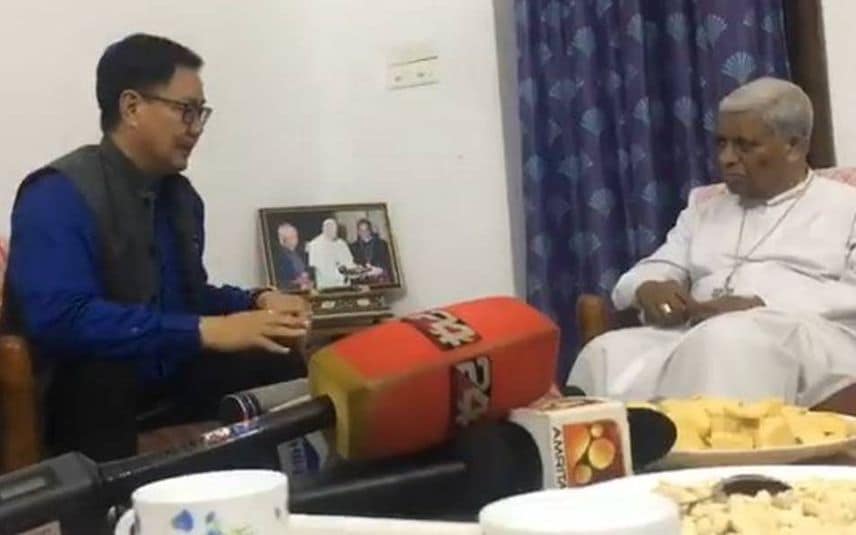 The Archbishop expressed his dissent over CAA to Kiren Rijiju when the Union Minister visited the Bishop House here on Sunday as part of his CAA promotion program.

In response, Kiren Rijiju said that campaigns stating that Muslims were being targeted are false. Rijiju added that CAA was for people from neighbouring countries who were abused in the name of religion.

Muslim organisations also expressed their dissent against CAA to the Union Minister.

Kiren Rijiju came to Thiruvananthapuram as part of BJP’s nationwide promotional programs to create awareness about the Citizenship Amendment Act. BJP is planning to visit three crore houses as part of this program.

Earlier, writer George Onakkoor had expressed his strong dissatisfaction when Kiren Rijiju reached his house as part of BJP’s ‘Jana Sambarkka Paripadi’ (mass contact program). Onakkoor’s was the first house that BJP led by Kiren Rijiju had visited in order to subdue the protests against CAA.

Soosa Pakiam steps down as head of Thiruvananthapuram Latin Archdiocese