Kerala HC asks for lists of headload workers injured on job, nature of their injuries

The court on Tuesday had said that carrying heavy loads on the head or body by a person was a "dehumanising activity" and the statute -- Headload Workers Act -- which permits this was a relic of the past. 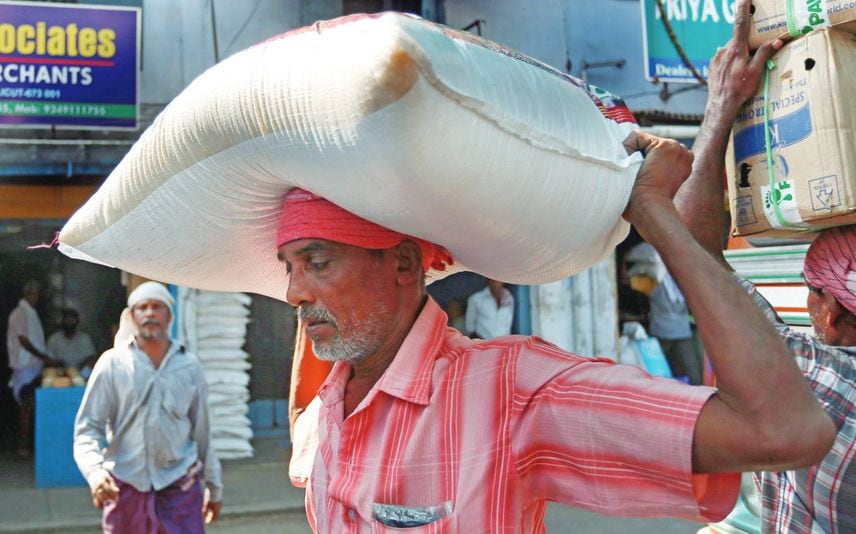 Kochi: The Kerala High Court on Thursday asked the state government to provide a list of the headload workers who have filed cases seeking compensation for work-related injuries suffered by them and the nature of their injuries.

Justice Devan Ramachandran said he was asking for these details as he has received several letters from women who have claimed that their husbands, who were headload workers, are no longer able to work due to the injuries suffered by them on the job.

The judge said that according to information he has received there are hundreds of such cases.

He said in view of the injuries suffered by the workers on the job, "it was time to modernise the trade" and the headload workers welfare board has to be told this.

The court sought the information while hearing a matter related to headload workers.

Justice Ramachandran said he wanted the information in the context of observations made by him two days ago with regard to carrying loads on the head or body by a person being a "dehumanising activity".

The court on Tuesday had said that carrying heavy loads on the head or body by a person was a "dehumanising activity" and the statute -- Headload Workers Act -- which permits this was a relic of the past.

It had said that the state has to take steps to ameliorate the plight of such workers.

"Headload has to be abolished, not loading. It (headload) is a dehumanising activity. How can we subject our citizens to this torture," the high court had said.

It had also said that carrying heavy loads on the head or body for several hours a day for several years leads to muscular-skeletal problems and damages the spine and nowhere else in the world such activity is undertaken by the citizens there.

The observations were made during the hearing of a plea by a hotel owner, represented by advocate Manoj Ramaswamy, seeking police protection to carry out his business without intervention from some persons who were allegedly demanding gawking wages. PTI