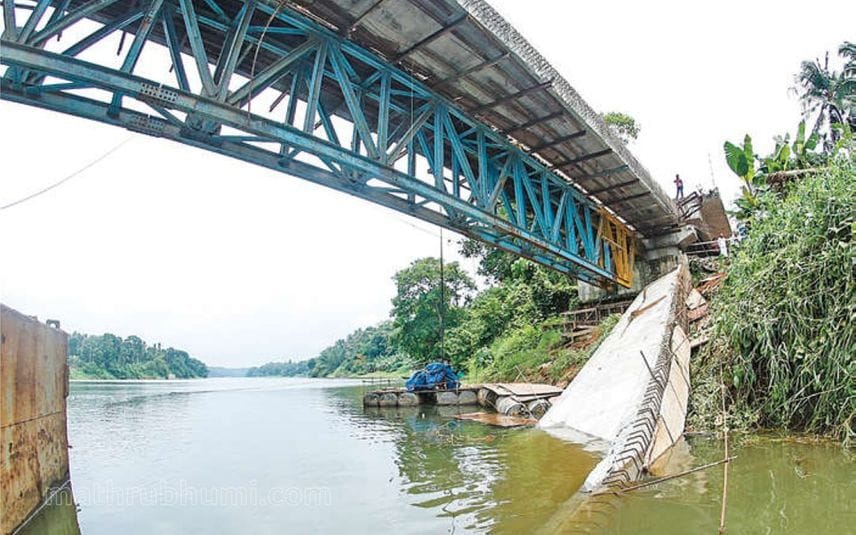 Kozhikode: The vigilance panel of the Public Work Department recommended initiating a detailed probe into the collapse of beams of an under-construction bridge at Kozhikode’s Koolimadu. The PWD vigilance panel informed that new beams have to be built instead of the collapsed beams of the bridge. A detailed investigation has to be launched to find whether the failure of the hydraulic mechanism led to the collapse of the beams.

The probe will also examine if there were any other errors in the construction of the bridge. Three beams of the Koolimadu bridge which connects Kozhikode and Malappuram districts had crumbled on Monday. It is learnt that each beam was constructed by spending Rs 25 lakh. A vigilance team inspected the remaining parts of the bridge on Wednesday.

The vigilance will take the statements of the officials who were in charge of the construction and the people who reside on the premises soon. The construction of the bridge was started in 2019 with the KIIFB fund worth Rs 25 crore.

Karipur runway to be partially closed from Jan 15 onwards