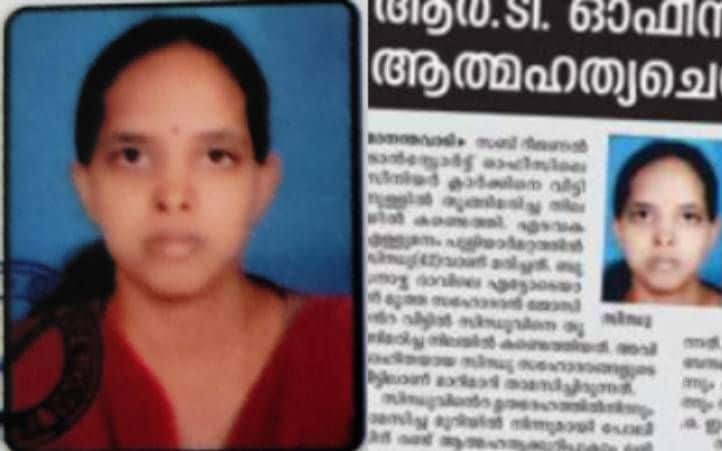 Mananthavady: Allegations on bribery at Sub-Regional Transport Office (RTO) here that spiralled after the suicide of differently-abled senior clerk Sindhu have now resulted in the transfer of an official following a departmental probe.

It was on April 6 that Sindhu was found dead at her house. Soon after, the deceased’s brother had come up with allegations against her colleagues. His revelations grabbed attention as police were clueless about the motive behind the suicide. According to Sindhu’s brother Noble, she faced alienation from colleagues for not cooperating with bribery happening in the office. Meanwhile, Police had recovered Sindhu’s diary scribblings detailing events at the office. Ajithakumari was named in it, and MVD sent her on leave.

Notably, the minister concerned and transport commissioner were under pressure over bribery allegations in RT offices. The duo ordered for the probe when the matter escalated.