CM to go on ‘Kerala Paryadanam’; rally to start from Kollam

The opposition had highlighted the absence of the chief minister in the election campaigns for local body polls. Pinarayi Vijayan had communicated with the renowned personalities in social and cultural sectors ahead of the previous assembly polls also. 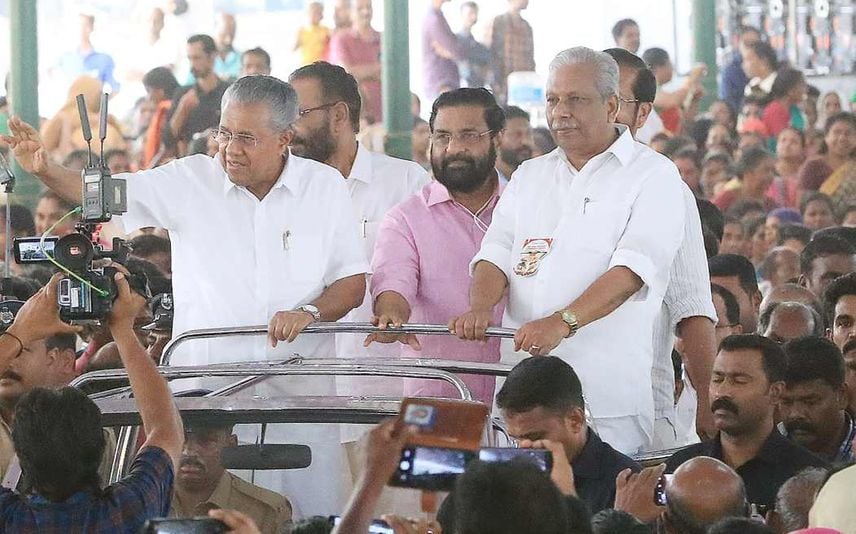 Thiruvananthapuram: The state government and the CPM are on a mission to repeat the victory in the local body election in the upcoming assembly too. Chief Minister Pinarayi Vijayan will conduct a ‘Kerala Paryadanam’, a state-wide public rally. CPM state secretariat meeting to be held on Friday will give a final form to this.

The ‘Kerala Paryadanam’, which is organised by the chief minister targeting continuity of governance, is likely to commence from Kollam. The journey is designed in a way that it will camp in every district and meet the eminent personalities in social and cultural sector in the place. This is with the intention to collect suggestions for preparing the election manifesto.

They will also try to know the public opinion about the government’s activities. The representatives in local bodies will take oath on December 21. It is planned that the ‘Kerala Paryadanam’ can begin the next day. The journey will be completed before the budget session of the assembly.

The opposition had highlighted the absence of the chief minister in the election campaigns for local body polls. Pinarayi Vijayan had communicated with the renowned personalities in social and cultural sectors ahead of the previous assembly polls also. That was part of the ‘Nava Kerala Yatra’ in February 2016.

The increase in welfare pension and its timely distribution influenced the public a lot, the CPM and the LDF evaluated. The community kitchen and free food kit distribution had a great impact among the common people and they were convinced about the interventions made by the LDF.

Also the people trusted the campaign of LDF that the central agencies are being used as tools to sabotage the achievements of the state government. With this, the chief minister himself initiated more interactive moves and political steps.