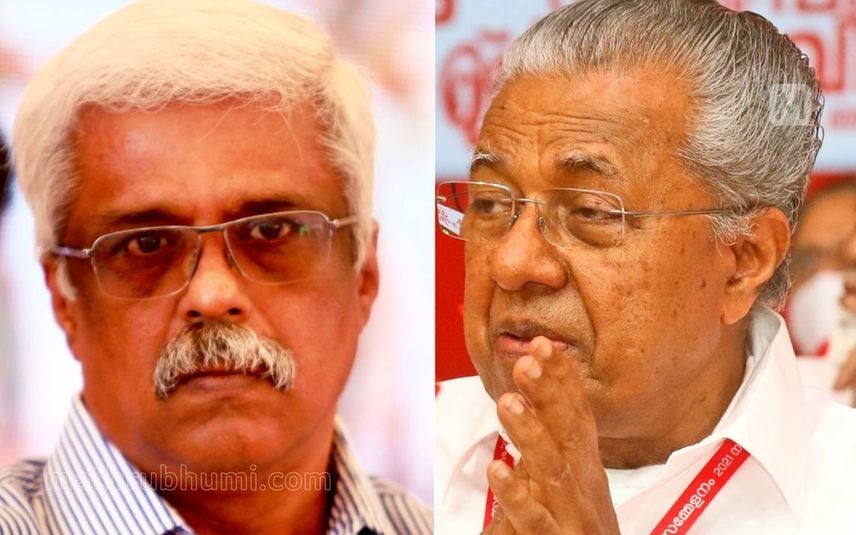 Thiruvananthapuram: Chief Minister Pinarayi Vijayan informed the assembly with evidence that his former principal secretary M Sivasankar did not seek prior permission to write the autobiography. He also clarified that he did not give any job to Swapna Suresh’s husband as part of the K-FON project.

Najeeb Kanthapuram MLA questioned whether Sivasankar had sought permission to write this book. In a written reply to this, the Chief Minister informed the House that Sivasankar had written the book without prior permission.

In a single-line written reply given in the state Assembly, Chief Minister Pinarayi Vijayan admitted that the official did not seek any permission before publishing the book titled "Ashwathamavu Verum Oru Aana" (Ashwathama is just an elephant).

The reply was given to a question raised in this connection by Indian Union Muslim League (IUML) legislator Najeeb Kanthapuram, who represents Perinthalmanna constituency in the state Assembly.A former Principal Secretary to Vijayan and his close confidant, Sivasankar claimed in the book that he had made no illegal intervention in the gold-smuggling and never made any undue favour for Swapna Suresh, the prime accused, in the case.

Earlier this month, responding to a reporters' query on the book and Sivasankar's claims, the Chief Minister took potshots at the media saying some people were offended after reading the narrative in the book about their role in the case.

Sivasankar's book shares his experience of facing the media. "Let him say that," the Chief Minister said, adding that the official mentioned certain things amounting to causing resentment among those who targeted him.

Asked whether Sivasankar had sought permission from the government for writing the book, the Chief Minister said that it was just a technical issue and the government would look into it.

Sivasankar alleged in the book that the investigating agencies were under pressure to drag the Chief Minister into the case and that he was arrested to make a statement against Pinarayi Vijayan. Sivasankar was suspended from service after his links with Swapna Suresh had surfaced. He was arrested by the Enforcement Directorate (ED) and Customs in the cases relating to the gold-smuggling through diplomatic channel, money trail and dollar smuggling. His suspension was revoked by the government recently.

During its previous term, the Pinarayi Vijayan government initiated stringent actions including suspension against senior IPS officer, DGP Jacob Thomas, who is retired now, for penning his autobiography allegedly without its prior permission.