CM should disclose proof that Alan and Thaha are Maoists: Ramesh Chennithala

The Leader of Opposition went on to ask what was the difference between Pinarayi Vijayan and Amiit Shah. 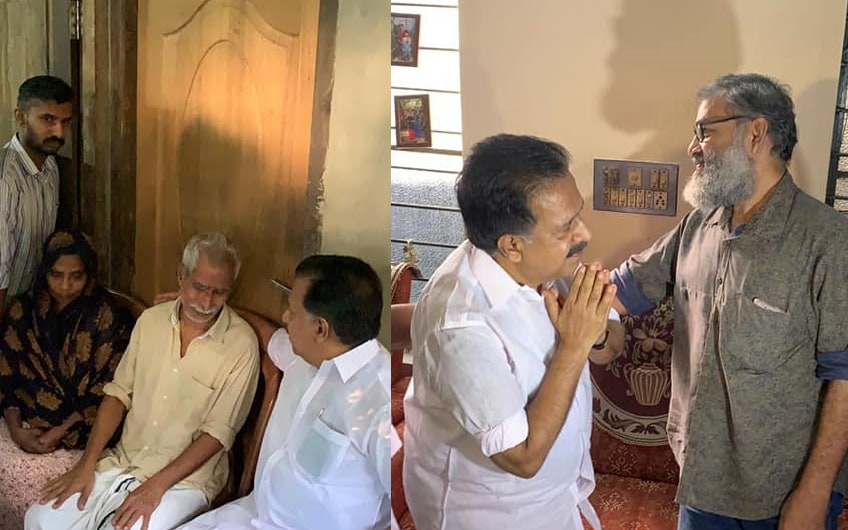 Kozhikode: Leader of Opposition Ramesh Chennithala visited the houses of Alan Shuhaib and Thaha Fazal who were arrested under Unlawful Activities (Prevention) Act (UAPA) for alleged Maoist links, on Tuesday morning. The visit was part of United Democratic Front (UDF) taking up the case.

Speaking to media after the visit, Ramesh Chennithala said action against Alan and Thaha were not keeping in line with the norms of invoking UAPA. “If Alan Shuhaib and Thaha Fazal are Maoists, Chief Minister Pinarayi Vijayan should provide proof for that,” the UDF leader said.

Ramesh Chennithala went on to ask what was the difference between Pinarayi Vijayan and Amit Shah.

“Normally, certain rules and conditions are to be followed while registering UAPA case. In the case of Alan and Thaha, these rules were not followed. On what basis is the CM reiterating that the two are Maoists? Why is Pinarayi Vijayan not disclosing proof in this regard?” Ramesh Chennithala questioned and said that the CM must disclose evidence against Alan Shuhaib and Thaha Fazal.

Earlier, deputy Leader of Opposition M. K. Muneer had visited the houses of Alan Shuhaib and Thaha Fazal. Muneer said that interventions of the CM and P. Jayarajan, who termed the two students as Maoists, were suspicious.