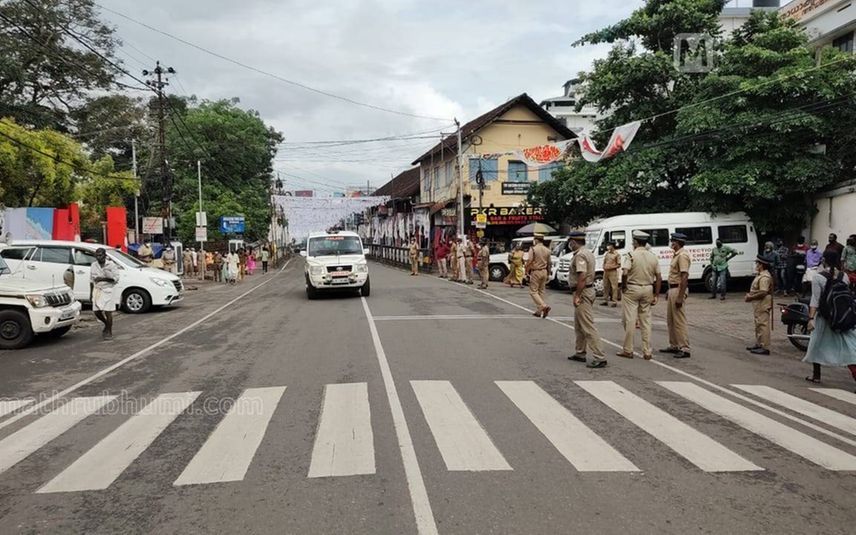 Thiruvananthapuram: The security of chief minister Pinarayi Vijayan was beefed up in the wake of the ongoing protest over the gold smuggling case.

CM visited Kottayam to take part in the inauguration of the Kerala Gazetted Officers’ Association. Despite high-level security, a few BJP workers raised slogans and held black flags outside the venue.

Meanwhile, police arrested two BJP workers for protesting and raising slogans against the CM. The road that led to the venue was also completely barricaded. Police forces were deployed in areas where CM attended various events.

Apart from the protection provided by local police, a group of 25 security personnel also accompanied the CM throughout his journey. Further, 40 security officers will provide protection to Pinarayi Vijayan once he moves from one district to another. Additionally, black masks have been prohibited at Nattakom Guest Home in Kottayam ahead of the arrival of CM. Restrictions are also in place on mediapersons attending the events.