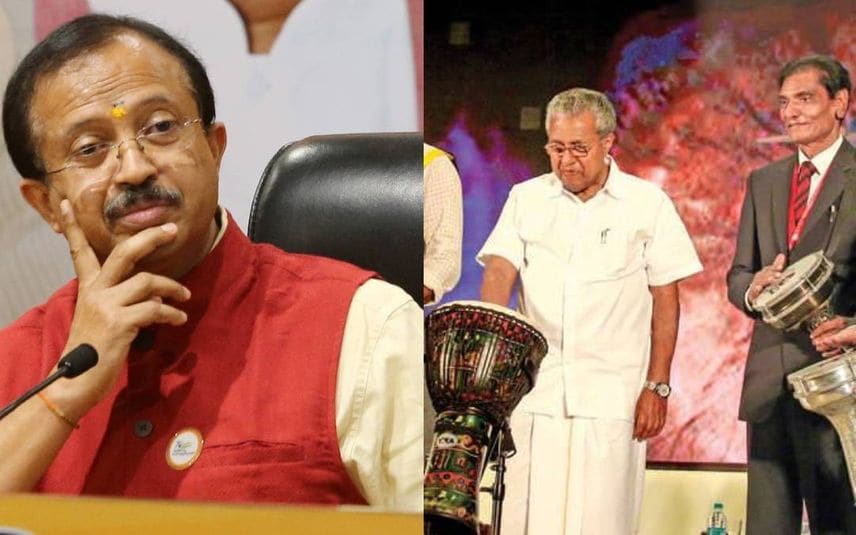 Kochi: Minister of state V Muraleedharan said that Chief Minister Pinarayi Vijayan is like Roman Emperor Nero who fiddled while Rome burned. His remark came in the back of CM inaugurating the 15th edition of cOcOn, a Cyber Security Conference, by playing Chenda on the stage in Kochi despite the hartal announced by the Popular Front of India (PFI) turning violent in Kerala.

"Wen Kerla was witnessing violence during PFI hartal, the chief minister was behaving in a manner reminiscent of the old Nero emperor. It is said that Emperor Nero was playing the fiddle while Rome was burning. Here CM played the Chenda," he responded to the media.

"The attacks across the state indicate that the Kerala government has given free rein to Islamic terrorists. To date, no such widespread attacks have taken place in Kerala. The assailants unleashed violence in front of the police. No action was taken anywhere to stop the violence. A few weeks ago, the Kerala Home Department gave permission to the people who had staged a hate speech in Alappuzha to hold a grand rally in Kozhikode," he said.

Muraleedharan added that the government's this permission encouraged Popular Front activists to create violence across Kerala.

Meanwhile, Muraleedharan took a dig at Rahul Gandhi by saying that he was sleeping in a container at Chalakudy on the day of state-wide hartal. He also questioned Rahul Gandhi's silence on Islamic terrorism and the events that unfolded in the state on Friday.