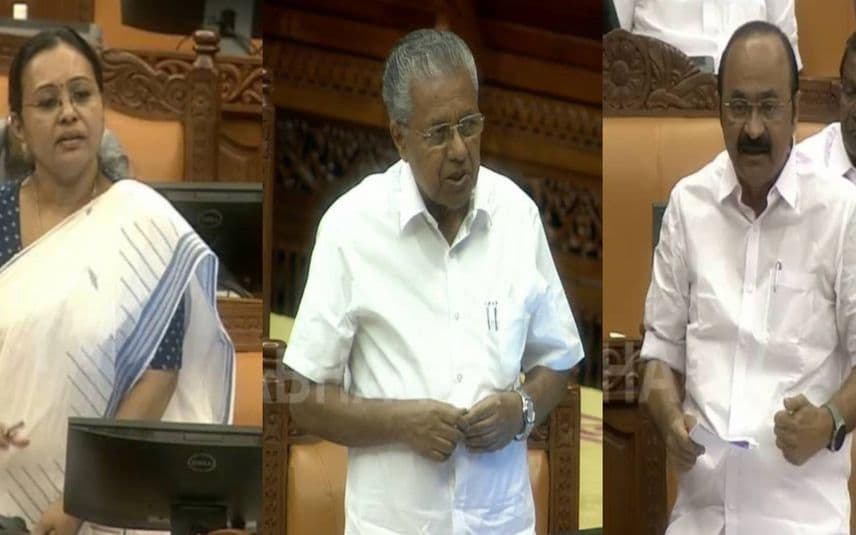 Thiruvananthapuram: In an unusual moment in the Kerala assembly, Chief Minister Pinarayi Vijayan corrected the remark made by health minister Veena George concerning the need to test the quality of anti-rabies vaccines administered in the state. Opposition leader VD Satheesan, who questioned the quality of vaccines, applauded the move from CM to correct Heath Minister's remark.

The remark from Veena George came in the backdrop of rabies deaths reported among people who administered anti-rabies vaccines. "The minister explained how the death occurred despite the use of the vaccine. But there is a concern when there are rabies deaths in the community. What the minister said is the opinion of medical experts," Chief Minister said, minutes after Veena George disregarded the need to check the quality of vaccines.

However, taking into account the concerns, the Chief Minister said that an expert committee would be appointed to examine the vaccine, and the Health Department would implement it.

Vaccines are made available through the Medical Services Corporation. Its quality is ensured by in-house testing twice. The Health Minister added that certain norms are strictly followed in procurement and distribution.

The report regarding rabies deaths will be available within two weeks. The minister said that the government is coordinating various departments to ensure that no deaths were reported due to rabies in Kerala by 2025.

VD Satheesan also asked the health department to take measures to avoid any delay in the distribution of vaccines and of inferior quality.