Terming the killings as 'condemnable' and against human conscience, Pinarayi Vijayan, in a Facebook post, said his government will be taking an uncompromising stance against those involved and strict legal action would be taken against them. 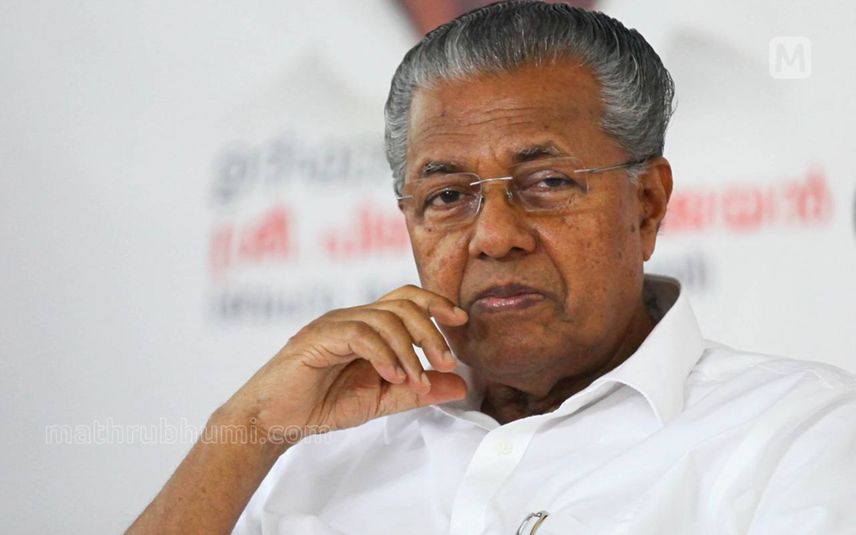 Thiruvananthapuram: As the political slugfest continued over the killings of an RSS and PFI leader in a span of 24 hours in Palakkad district, with the opposition parties blaming the ruling CPI(M) for failing to prevent such incidents, Chief Minister Pinarayi Vijayan said his government has instructed the police to initiate strong legal action against those involved in the murders.

Terming the killings as 'condemnable' and against human conscience, Pinarayi Vijayan, in a Facebook post, said his government will be taking an uncompromising stance against those involved and strict legal action would be taken against them.

The CM urged the people to keep away from forces that are trying to divide the state through communalism and narrow-mindedness and not to succumb to provocations and rumours spread by such entities.

While the CM assured of action against those involved in the crime, Leader of the Opposition (LoP) in the state assembly V D Satheesan charged the state government and its Home department with having 'miserably failed' to restrain the communal forces in the southern state from killing each other.

The LoP, speaking to reporters in Kochi, also attributed the lack of police action against such communal forces to Pinarayi Vijayan's communal appeasement policies.
Satheesan alleged that these violent conflicts were deliberate attempts by communal forces to polarise the political and social climate in the state.

Laying the blame for such violence at the doors of the Social Democratic Party of India (SDPI), a political offshoot of the Popular Front of India (PFI), and the RSS, he said both these outfits were not only mutually hostile but were also feeding off each other.

Violence perpetrated by one acts as fertilizer for the other, he said and urged that the mainstream political parties and the public take these political killings very seriously.
S K Srinivasan (45), a former district leader and office-bearer of RSS, was attacked by a six-member gang at his motorbike shop in Melamuri near here on Saturday, barely 24 hours after PFI leader Subair (43) was hacked to death at Elappully in the district while he was returning home along with his father after offering prayers in a mosque on Friday afternoon.PFI, on Friday, had alleged that Subair was murdered by RSS workers.

Srinivasan was cremated on Sunday afternoon, while Subair was laid to rest on Saturday evening.

The BJP too blamed the state government for the violent incidents, including the back-to-back killings in Alappuzha in December last year, and alleged that the Left government was giving all possible help to the PFI and its political offshoot SDPI.

However, comparing the SDPI with RSS amounts to 'whitewashing' the former, BJP state president K Surendran said and added that the situation prevailing in the state was a threat to the country and therefore when Union Home Minister Amit Shah visits Kerala in the last week of April, these issues would be brought to his attention.

Addressing media in Palakkad, Surendran also sought to know why the state government was opposed to a CBI probe into the cases against PFI.

He recalled that in a plea seeking a CBI probe into the killing of RSS worker Sanjith in Palakkad in November last year, the state government had opposed investigation by the central agency.

The BJP state president alleged that in Kerala, SDPI was operating with full support of the ruling government which has tied the hands of the police.Surendran alleged that no other state was witnessing such a critical situation as in Kerala and called for a nationwide protest against what is happening in the southern state.

Satheesan too said that the Congress-led UDF opposition would be initiating a strong campaign against the spread of communalism in the state.

He also pointed out that peace was being disrupted, due to the uncontrolled activities of gangs and drug abuse, and people were feeling insecure in the state which has set aside Rs 2 crore in its budget for world peace.

Speaker of the State Legislative Assembly, M B Rajesh, also reacted to the killings, saying such violent incidents were part of a 'planned move' to create tension and conflict in Kerala and subvert the peaceful atmosphere here.

He said, in a statement, that while the police will take strong action against those involved, the people too must unite to isolate the communal and divisive forces who are attempting to create widespread conflict in the state.

Reacting to the attacks, K Krishnankutty, the state Minister for Electricity said strict action has to be taken against the culprits and if required, groups behind such incidents should be stamped down using force.

An all-party meeting, headed by Krishnankutty, is scheduled to be held on Monday in Palakkad in the wake of the killings, but the BJP said what purpose would be served by holding discussions with people who are indulging in such violent activities. PTI