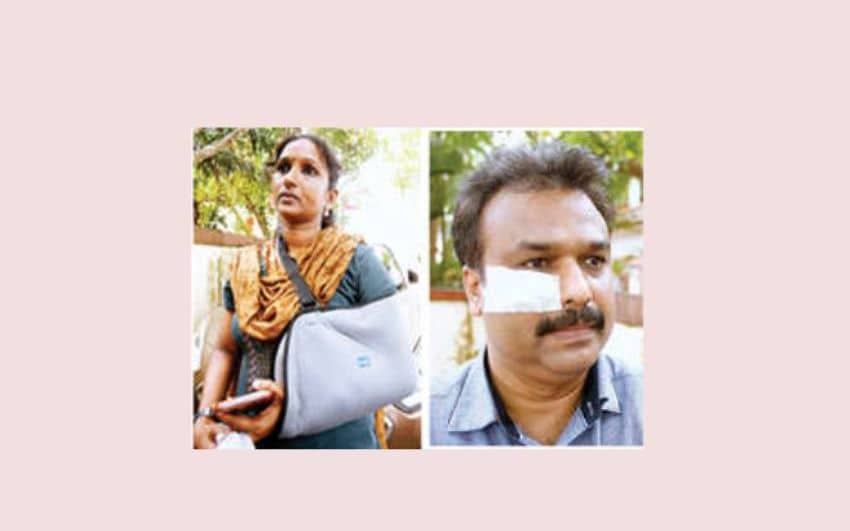 Kozhikode: A woman employee of the office of division assistant executive engineer of Civil Station was assaulted by a co-worker in Kozhikode on Thursday.

The incident happened on Thursday morning. Head Clerk A V Ranjini was attacked after she questioned her co-worker PS Arun Kumar marking present in the attendance book despite applying for sick leave. P Firoz, a clerk, who tried to intervene, was also attacked when he tried to apprehend Arun Kumar. Following this, Nadakkavu Police registered a case against the accused.

According to the complainant, Arun Kumar slapped and stomped her after falling down. P Firoz also suffered injuries to his face. Following this, both were admitted to Beach hospital for treatment.

Assistant Executive Engineer PN Vijay Raj said office files and chairs were damaged by the accused. Arun Kumar was apprehended with the help of locals and officials from other government offices in the area. However, the accused escaped from the scene before the police arrived.

A complaint was also handed over to the district collector.