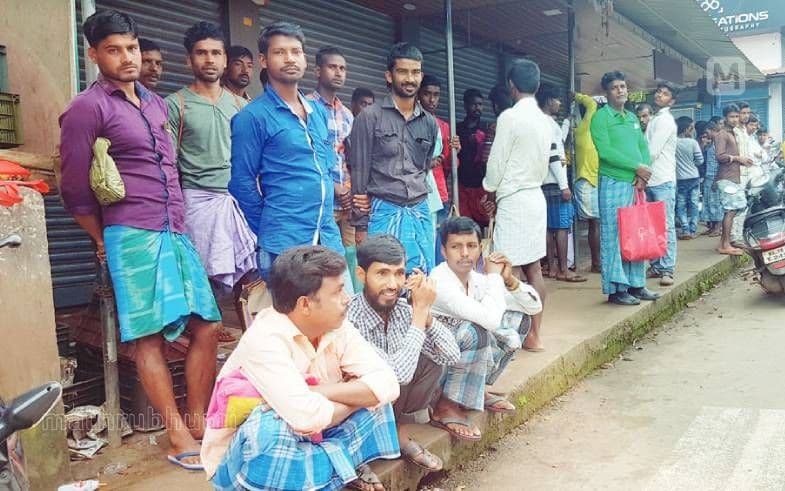 Thiruvananthapuram: CITU is planning to experiment new tactics to consolidate the guest workers under its roof.

As a first step, CITU General Council has decided to invite trade union leaders and CPM leaders from West Bengal to work among them in the state. They may become a 'regular invitees' in the Kerala unit of the union.

It is noteworthy that many migrant workers have been working in Kerala for a long time now, and some have voting rights. As many as 5,09,451 migrants have registered with the state labour department’s Awas health insurance scheme. While 55,520 migrant workers have been enrolled with Kerala Migrant Workers Welfare Scheme. CITU consider this pool as an opportunity and is eyeing to bring the workers under a unionized model.

Sources say the CITU is orchestrating its efforts to groom the workers as a group that is pro-CPM and assure their support for the Left government in its future course.

CITU earlier had tried to bring the migrant workers under its influence in Kannur. However, the attempt was only partially successful. The issue is the language barrier and the organization is trying to bridge that gap.

CITU General Council is of the view that those knowing the languages like Bengali and Hindi and those equipped to work with the migrant workers should be absorbed.

Swapna claims Sarith PS has been kidnapped after her media interaction ...

Elections to local body institutions: 18 above can add names to voters' ...

Swapna requests probe against CM, others in gold smuggling case

Kozhikode once again makes headlines with gender-neutral outfits, this ...