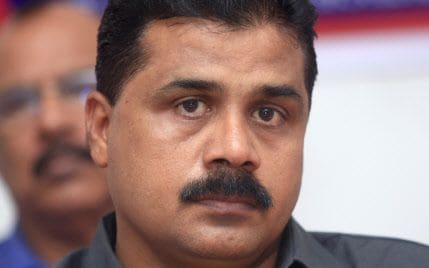 If Krishnankutty cannot handle the matters in his department, he should vacate the post, Sunil Kumar said. He was inaugurating the indefinite relay hunger strike of the KSEB Officer's Association protesting the suspension of its two state leaders.

He wondered if the KSEB chairman is controlling the department. B Ashok has 'media mania'. Minister should show courage to suspend him. He should also explain his stand on the statement of Ashok 'abusing' the Association leader Jasmine Banu. Ashok is a 'half Sanghi' who stands for the interests of certain organisations, Sunil Kumar said.

The state leaders of KSEB were suspended by the Board for protesting against the suspension of Jasmine Banu, which was later revoked by the Kerala HC.