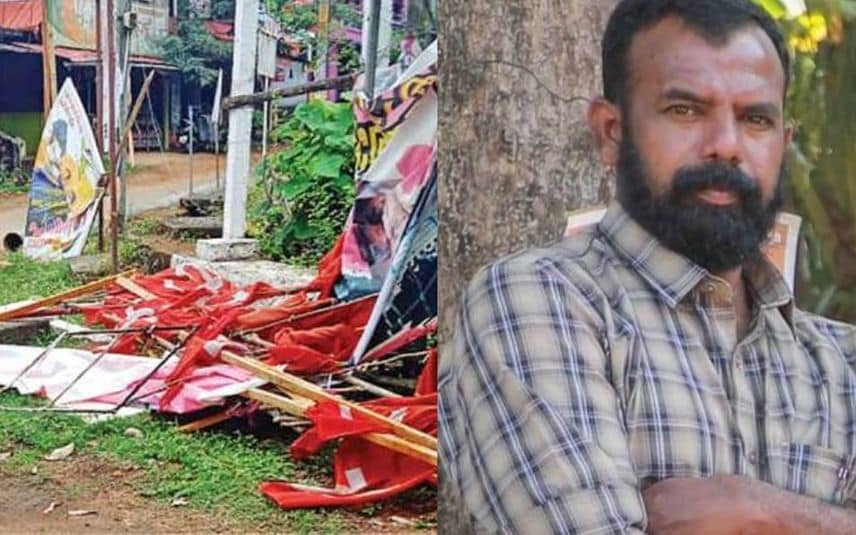 Thrissur: The headload worker who formed an independent union rifting from CITU was found dead in his residence. The deceased is Peechi native Saji (49) and a suicide note spotted from the body indicates that he was receiving threats from CPM. Saji had mentioned the names of the CPM branch and local secretaries in his suicide note.

Incessant conflicts were common in the CITU unit of Peechi for a long while. A section of labourers, including Saji, had boycotted wearing the union uniforms and later renamed the CITU office as the Independent Headload Workers’ Union.

Though the leaders intervened to solve the issue between two hostile groups in the union, the workers did not yield. But when the other workers who protested against the union shifted to the party’s side later, Saji was left isolated and this allegedly ended up in his suicide.

A clash erupted between the CPM activists in Peechi who allied in two groups after hearing the news that the names of two regional leaders were mentioned in the suicide note of Saji. CPM Peechi branch secretary and two other activists who were injured in the attack are admitted to a private hospital in Pattikkad. Attacks were also opened against the CPM branch committee office and the memorial at the Peechi centre. The Peechi local committee has complained to the police.