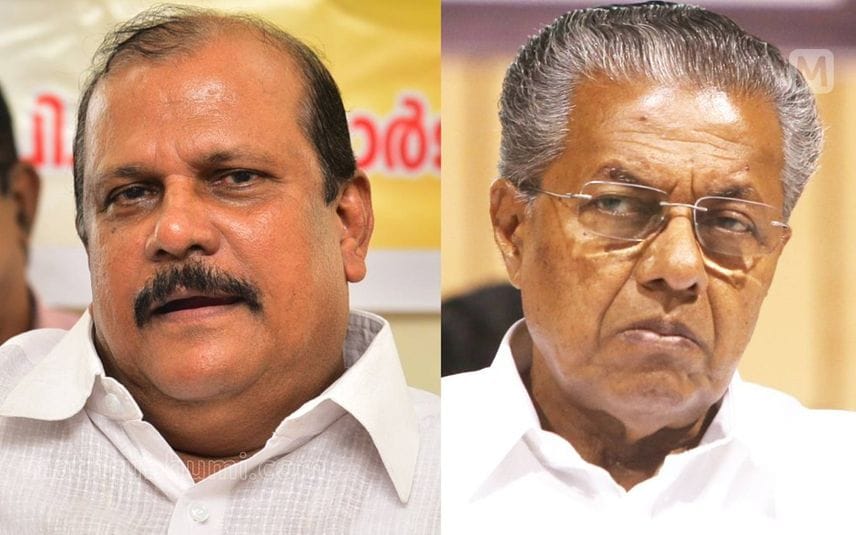 Kochi: Chief minister Pinarayi Vijayan on Thursday slammed the state BJP for 'protecting' Janapaksham leader PC George who was remanded in cases related to hate speech against Muslims. CM was speaking at an election meeting in Kakkanad here.

George is spewing communal venom and BJP is protecting him. BJP is a wolf in sheep's clothing, he said.

BJP says they are backing George to protect Christians. But the Christians in Kerala can understand their fake love, he added.

Some leaders in Sangh Parivar think they can implement their communal agenda in Kerala just like they did in other states. Let me remind them that the reactions will not be the same as they have seen so far. Parading PC George who was spewing communal venom was a test dose. Now you know what we do in such situations. This is Kerala and LDF is in power here, he added.

I won't worry as long as sun rises in east, KT Jaleel reacts to Adv Krishnaraj's ...