Minister Veena George has filed a complaint against Chittayam Gopakumar with LDF leadership for raising public criticism against her. 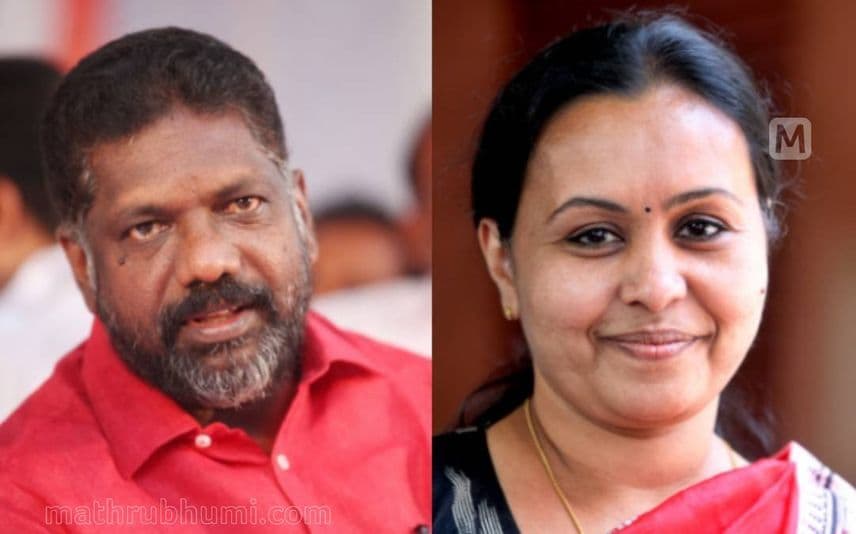 Pathanamthitta: Deputy Speaker Chittayam Gopakumar raised sharp criticism against Minister Veena George. He said that the minister who holds the charge of Pathanamthitta districts does not discuss matters with the MLAs and that she rarely answers her phone when contacted. Chittayam Gopakumar was asked to preside over the ‘Ente Keralam’ Mega Exhibition in connection with the state government's first anniversary, but he was not present there. His absence was much-discussed. The Deputy Speaker said that he was informed about it only the night before.

“I have not faced such neglect even during the time of the UDF government. The minister does not attend the phone even when calling for emergencies, nor does she return the calls. This has happened several times. I don’t call her anymore. The anniversary celebration is held to deliver the things done by the government to the people. It is the minister’s responsibility to hold discussions with the MLAs to conduct the celebration properly. The minister has not carried out this responsibility well,” Gopakumar said.

Meanwhile, minister Veena George has filed a complaint against Chittayam Gopakumar with LDF leadership for raising public criticism against her. She said that it was not right to condemn her publicly and that he was making nonfactual statements against her. She also added that it was not her responsibility to invite him for the anniversary celebrations, but that of the district leadership.

Gopakumar, who is also an MLA from Adoor, said that he is speaking openly on the matter after seeing no measures even after informing the matter to CPM district leadership.

It may be recalled that U Prathibha, MLA from Kayamkulam, had raised a similar criticism against the minister. Prathibha, in a public function in September 2021, said Veena does not pick her calls. Minister V Sivankutty was present at the function.

Govt application forms to use word 'spouse' instead of 'wife'

For Kalanjoor's Najimudheen, it's a beautiful ride for the past 45 years