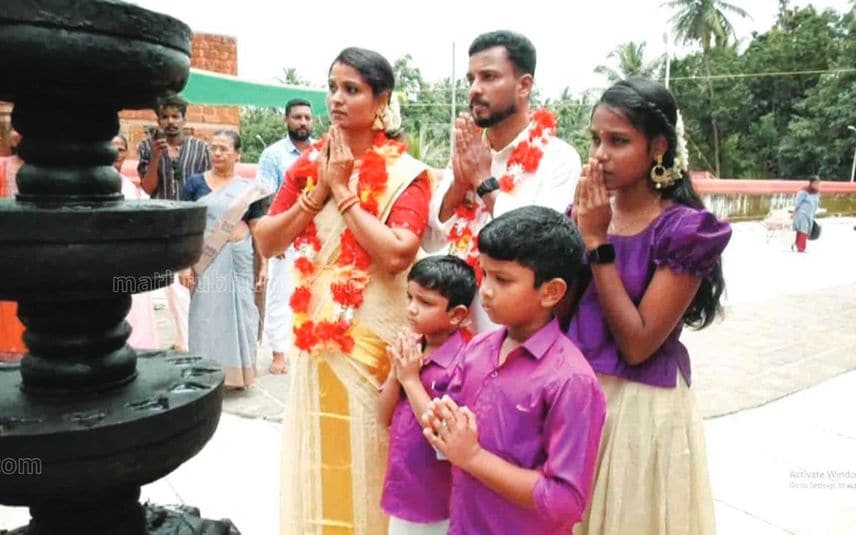 Perambra: Ritul and Sidharth, children of sister Lini who succumbed to Nipah virus in 2018, now have a new shoulder to lean on in their life.

Sajeesh, husband of Lini, tied the knot to Koyilandy native Prathibha on Monday in a small function attended by close friends and family at Lokanarkavu temple in Vadakara.

Prathibha is a school teacher and has a daughter. Sajeesh’s elder son is studying in the fourth standard while the younger one is in first standard.

Perambra native Lini, who succumbed to Nipah, remains an unhealed scar in the memory of Keralites. She was diagnosed with Nipah after treating an infected person at Perambra taluk hospital in 2018. She was a nurse here.

Sajeesh left his job in Bahrain after the death of Lini. The government had given him a job in the health department.