Rajan’s sons Rahul and Ranjith requested the chief minister to issue an order allowing to cremate Rajan’s body in the place where they were residing. 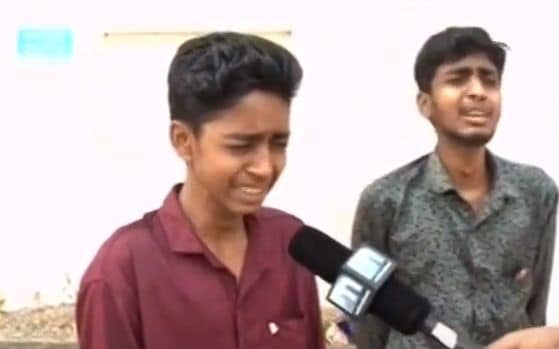 Thiruvananthapuram: The children of Rajan, who succumbed to burn injuries after raising suicide threat during eviction procedures in Neyyattinkara here, demanded action against the police officer who is responsible for the death of their father and neighbour Vasantha who filed a complaint against them.

Rajan succumbed to burn injuries on Monday morning. He and wife Ambili raised suicide threat during eviction procedures as per court order on December 22. They doused themselves in petrol and held a lighter. When the police officer tried to shove off the lighter, fire spread all over the body. With 70 per cent burns, Rajan was undergoing treatment in Thiruvananthapuram medical college.

Rajan’s sons Rahul and Ranjith requested the chief minister to issue an order allowing to cremate Rajan’s body in the place where they were residing.

“We request the chief minister to issue an order to bury Papa where we were living. His body will be handed over by afternoon. But we have no way to take the body and fulfil his last wish. Papa had asked us to bury him on the land where we were living. Only then he can rest in peace,” Rajan’s son Ranjith told Mathrubhumi News.

“The mishap occurred as the police officer shoved off the lighter. They roughly dragged Papa holding his shirt when we were having food. He used to give food to poor people in the street every day. Before dying, he told us to continue giving them food,” Rajan’s son Rahul said.

Rajan’s wife Ambili remains in critical condition in the hospital. She also suffered burn injuries during the incident.

Plus Two student who was undergoing treatment succumbs to burn injuries

Plus Two student dies of burns while cooking food