Following last day's Mathrubhumi news report, several people have come forward offering financial support to Nazeer and his family. Many have also expressed desires to build them a house and bear the kids’ educational expenses. 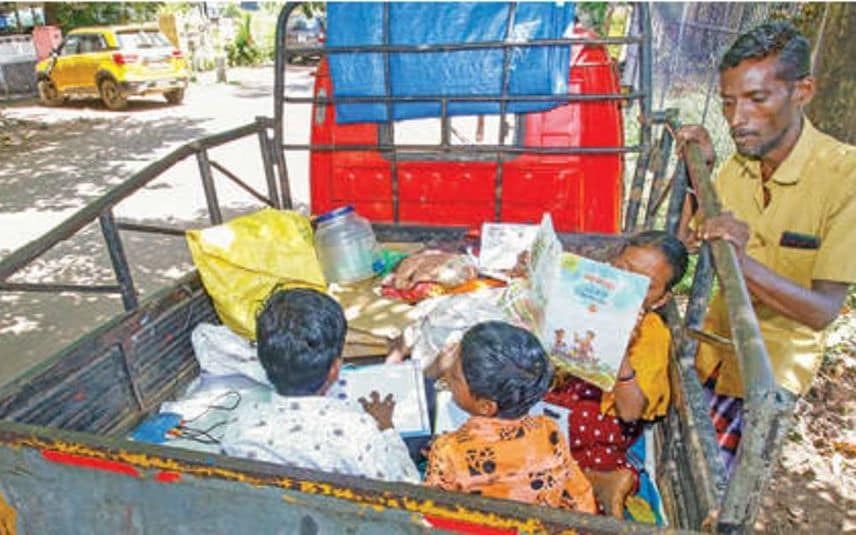 Kollam: The Child Welfare Committee will take over the protection of the three children who were reported to be living in a cargo auto rickshaw. ‘Mathrubhumi’ had reported the news of Thiruvananthapuram native Nazeer and his three children, who were spending their nights in a goods carrier, the other day. Following this, they were shifted to a children’s home in Kollam upon the intervention of Health Minister Veena George.

“The government will provide for the education of the kids too”, said the minister. The three siblings, two boys and a girl, will be housed together in a shelter.

Following the Mathrubhumi news report, several people have come forward to give financial support to the family. Many have also extended help to build a house for the family and bear the kids’ educational expenses.

Meantime, K P Namboodiri’s Ayurvedics Thrissur Managing Director K Bhavadasan has announced financial assistance of Rs 1 lakh to Nazeer’s family. The aid will be handed over to them on Monday.