Anupama added that this strike is not against the government but against the police who denied filing FIR and statements when approached with the case. 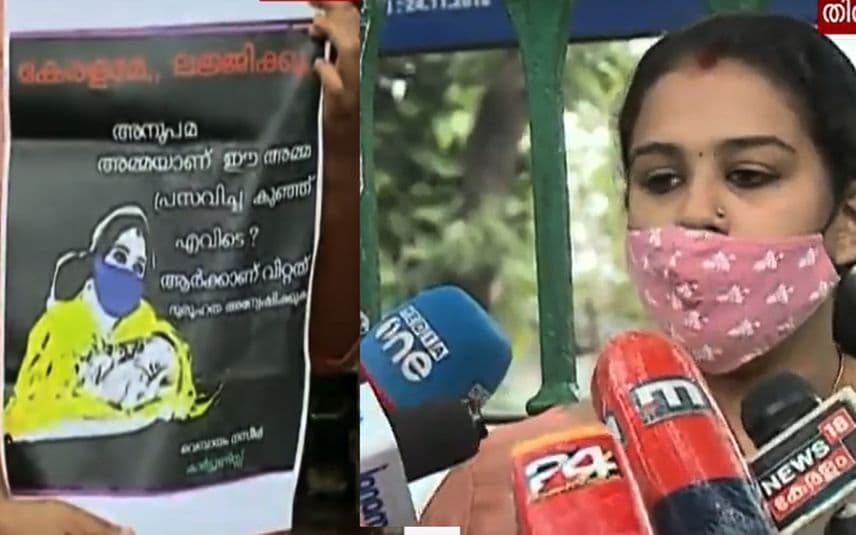 Thiruvananthapuram: Anupama S Chandran staged an indefinite hunger strike in front of the secretariat on Saturday at 10 am. The strike was held urging justice, stated Anupama before begininng the protest. Health minister Veena George had called and expressed her stand. She promised to speed up the legal procedures and the culprits will be booked under the concerned sections.

Anupama said that the protest was not against the government but against the police who denied filing FIR and recording statements when approached with a complaint. All the authorities were approached with the child missing complaint but the callous attitude towards a mother who had lost her child was unbearable. No official action was taken from the part of the police, CWC or Kerala State Council for Child Welfare. Anupama requests the government to take action against these authorities.

She also mentioned that her protest is not against any party or is being held in the backdrop of any party. The leaders of CPM were approached at the AKG centre earlier but none offered help. Today many of them are behind with helping hands. She highlighted that her father had already admitted that the child was taken away but continues to be a local committee member and CITU office-bearer which means the party supports him. Why is the party not taking action against him?

She also dismissed the news of her child been adopted in Andhra Pradesh and still believes she will get back her baby.