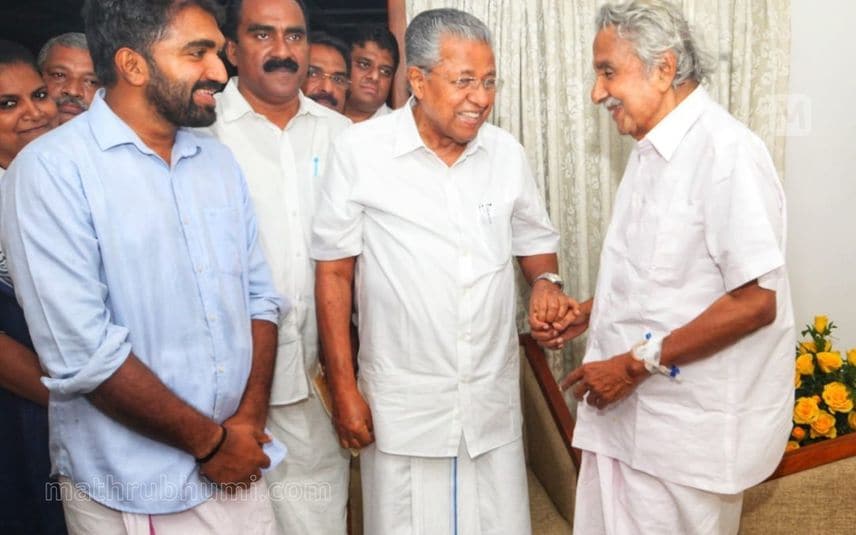 MPs Jebi Mather, Anto Antony and MLA Anwar Sadath were present at Chandy’s residence at the time of Vijayan’s arrival.

Several other political leaders and actor Mammootty visited the Congress leader at his residence on Monday. 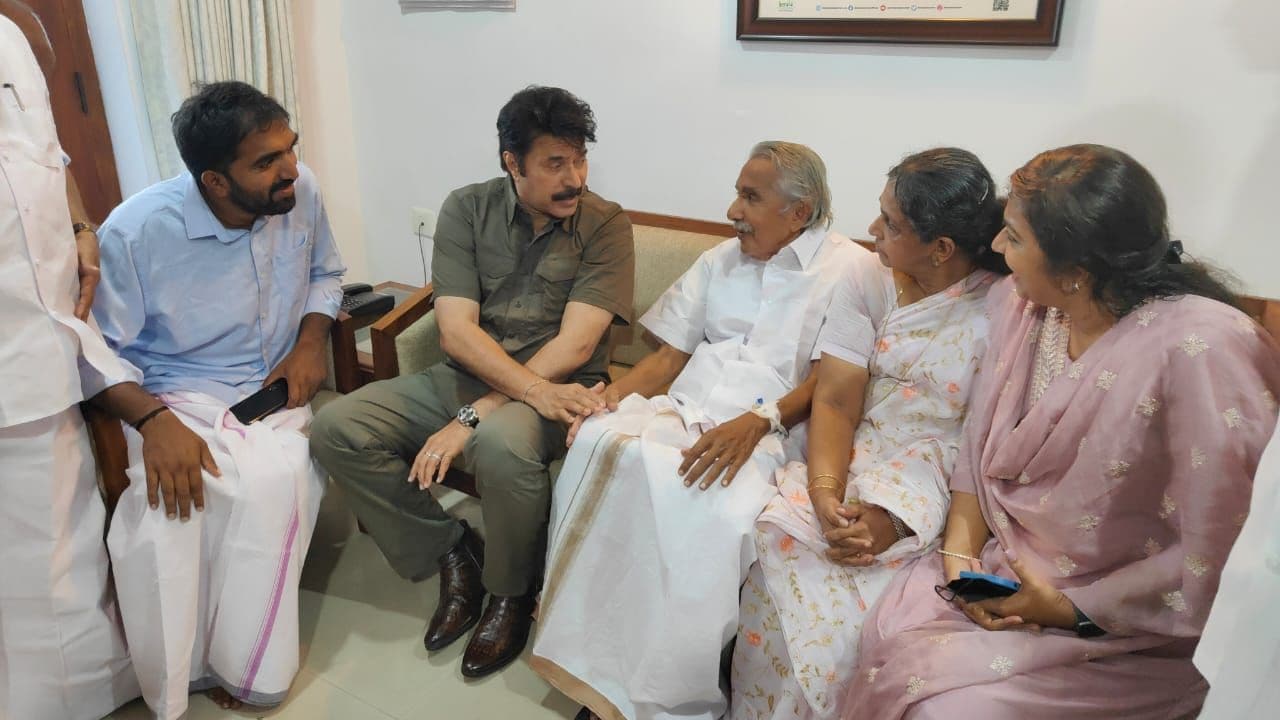 As part of his the Congress leader's birthday celebration, party workers and leadrs cut the cake on his behalf as he refused to do it himself. 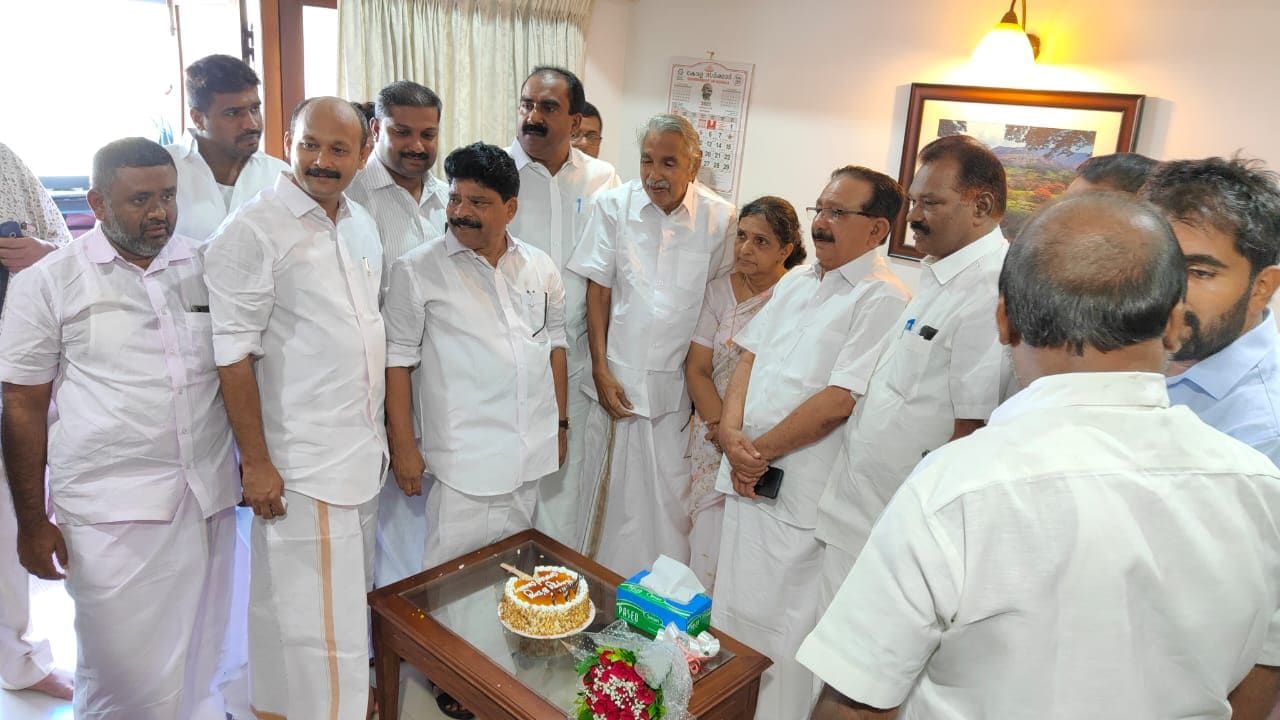 Chandy is currently staying at Aluva after undergoing treatment at Rajagiri Hospital Kochi. He will soon leave for Germany for further treatment.