Chennithala in Delhi; to hold talks with Rahul Gandhi 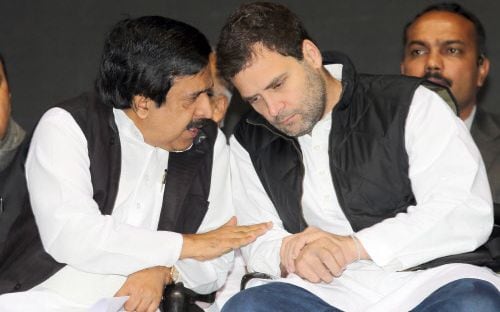 Thiruvananthapuram: Ramesh Chennithala has left for New Delhi and will hold talks with Rahul Gandhi today. The A and I group are not happy with the procedures adopted to appoint the new KPCC president or the opposition leader and hence the central leadership has called Chennithala for pacification talks.

There are differing opinions among the A and I groups that the High Command had overruled their directions and taken the young MLAs opinion in the new appointments. Chennithala himself had said the other day that those who were close had ditched him in the last minute. In reply, V D Satheesan said all this is common in politics and supporters will never stand with us always and they too have their individual opinions.

Meanwhile, there are also reports that T Siddique and Shafi Parambil from A group were avoided from taking part in public programmes. K C Joseph had come out in the open against this. Shafi and Siddique are efficient leaders and a direction like this from the Congress leadership would never have come out. This is part of humiliating the leaders, said K C Joseph. Both have dishonoured the Group directions in connection with the discussions on appointment of opposition leader.

There are also opinions that Mullappally Ramachnadran must be offered a suitable post after he quit the KPCC chief’s position. This will depend on what Chennithala would be offered. There are chances of inducting Ramesh Chennitrhala into the Congress Working Committee. But as three members from Kerala are already in the working committee, the local disparity will turn a challenge. The Groups feel that their future stance will depend on the High Command decision.