K Surendran had expressed concern about neglecting Sudhakaran. BJP will never disown him. Even Mullappally Ramachandran and others are helpless about his RSS links, A A Rahim said. 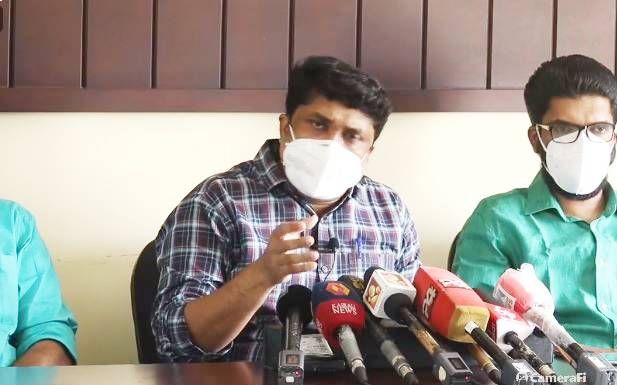 If anyone has heard Sudhakaran making any statement against the BJP so far, they should reveal it, Rahim demanded in a press meet held by DYFI.

The only qualification of Sudhakaran being considered for the KPCC president post is that he always opposes CPM. Kerala is witnessing a political drama in which a person who is favourable to BJP and opposes CPM is set to be appointed as the Congress chief, he added.

K Surendran had expressed concern about neglecting Sudhakaran. BJP will never disown him. Even Mullappally Ramachandran and others are helpless about his RSS links. As Sudhakaran has the same way of thinking like RSS, he wishes that a poor person should not have better life standards, Rahim said.

Muslim Youth League is a party that is waiting for calamities and disasters. They engage in fund misappropriation in the name of mosques. They claim that the funds they collected were given to the lawyer of the victim. Their leader always brings documents as proof, but why not in this issue, Rahim asked.