72 health workers, including doctors at the Ernakulam District General Hospital where she had been undergoing treatment, have been quarantined, Agriculture Minister V. S. Sunil Kumar said. 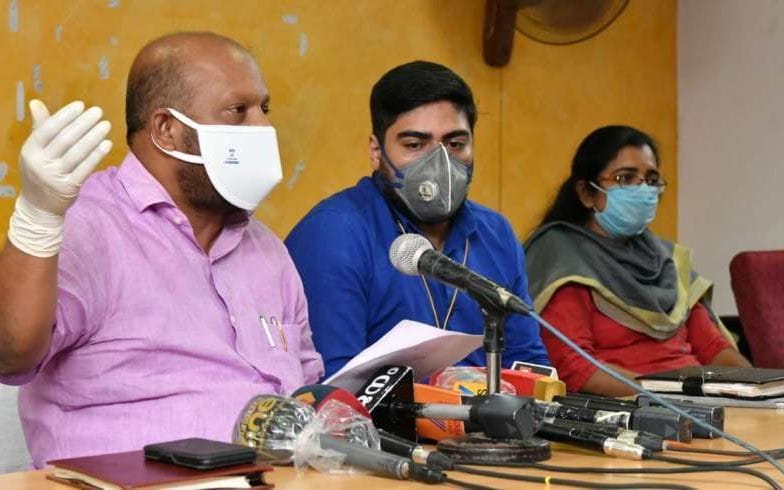 Kochi: The Chellanam harbour here in Ernakulam district will be closed after a 66-year-old woman from Chellanam undergoing treatment for Pneumonia at the Ernakulam District General Hospital tested positive for coronavirus.

Following this, 72 health workers, including doctors at the Ernakulam District General Hospital where she had been undergoing treatment, have been quarantined, Agriculture Minister V. S. Sunil Kumar said. He was addressing a press conference here.

“The woman had been undergoing treatment at Ernakulam District General Hospital since June 29. We are trying to conduct antigen tests for 72 health workers, including doctors, who were on duty during those days,” he said.

The patient is a Mahatma Gandhi National Rural Employment Guarantee Act (MGNREGA) scheme worker. Ward 15 of Chellanam village panchayat, where she had been residing will be declared a containment zone, the Minister said.

The woman’s husband and their son are employees at the Chellanam fishing harbour. Hence, there will be restrictions in the area. People from the area associated with the fishing industry have been strictly directed not to move to other areas. Moreover, the Cortina Hospital where they sought treatment will be closed down, he added.

Meanwhile, swab tests were conducted on 132 people connected with the Ernakulam market. Out of them, nine results that came out are negative, the minister said.