Efforts are on to settle the case, in which the BJP leader is the 4th accused, before court procedures are started. 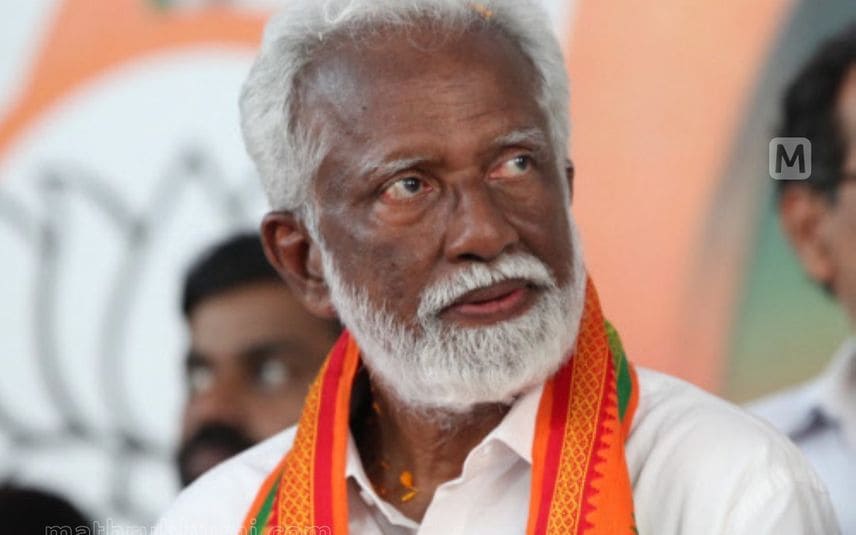 Thiruvananthapuram: The financial fraud complaint against BJP leader and former Mizoram Governor Kummanam Rajasekharan will be settled soon. The whole amount will be returned to the complainant, a native of Aranmula, said the company owner.

Kollankode native Vijayan revealed this to Mathrubhumi News. It is learned that there is huge political pressure to settle the matter.

With election round the corner, BJP is on the defence as Kummanam Rajasekharan was named an accused in a cheating case. Efforts are on to settle the case, in which the BJP leader is the 4th accused, before court procedures begin.

Vijayan, owner of New Bharat Biotechnologies, is willing to return the whole amount to the complainant Harikrishnan of Aranmula and the two will meet soon. The RSS has also directed to settle the matter as soon as possible.

Kummanam Rajasekharan reached Aranmula and held discussions with some of his trusted members of the party. It is learned that he has deputed few people to intervene in the matter.

Meanwhile, Praveen, the first accused in the case and former PA to Kummanam Rajasekharan, said he had introduced several people to the complainant. Praveen said that there was no financial transaction.

According to the police complaint, the inauguration of New Bharat Biotechnologies was held at the official residence in Mizoram.

Meanwhile, the BJP will hold a black day protest alleging that the government forged a case against Kummanam Rajasekharan.