The central government is not taking any action to resolve the problems of the people and instead they only try to divide them. BJP government is trying to implement the agenda of RSS, Pinarayi said. 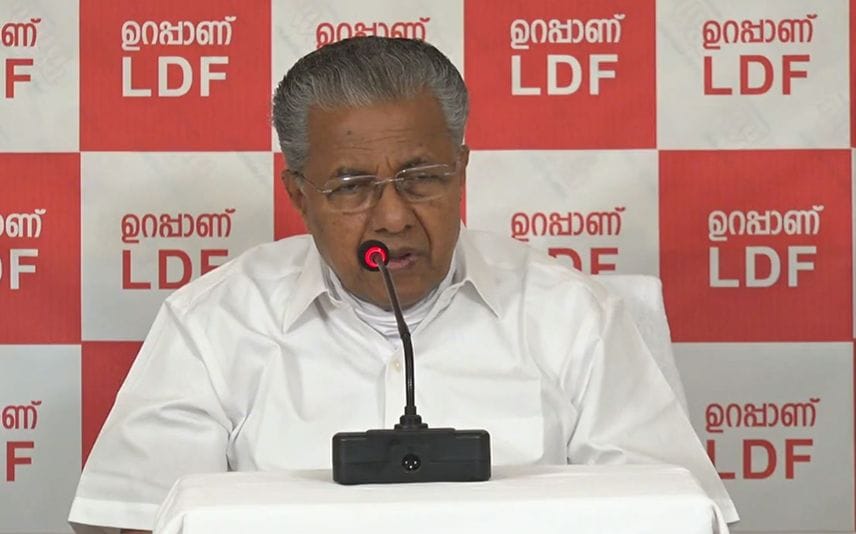 Kasaragod: Chief Minister Pinarayi Vijayan said that the central government is implementing an agenda to divide the people. The chief minister said this at a press meet in Kasaragod. He also criticised the statement of union minister Piyush Goyal that nuns were not attacked in a train in Uttar Pradesh.

The people of the country are going through financial crisis, COVID pandemic and other troubles. The central government is not taking any action to resolve the problems of the people and instead they only try to divide them. BJP government is trying to implement the agenda of RSS, Pinarayi said.

Congress also is supporting the BJP to attack the LDF. The union ministers are repeating that they will implement the CAA after COVID vaccination is completed. But Kerala government has made it clear that we will not implement it here, Pinarayi Vijayan said.

Union minister Piyush Goyal had said that nuns were not attacked in train in Uttar Pradesh. Only their travel documents were checked. The Kerala chief minister had merely raised allegation regarding the ABVP attack on the nuns. The union minister who is in charge of the media campaign of BJP is lying and did not even condemn the incident, Pinarayi Vijayan said.