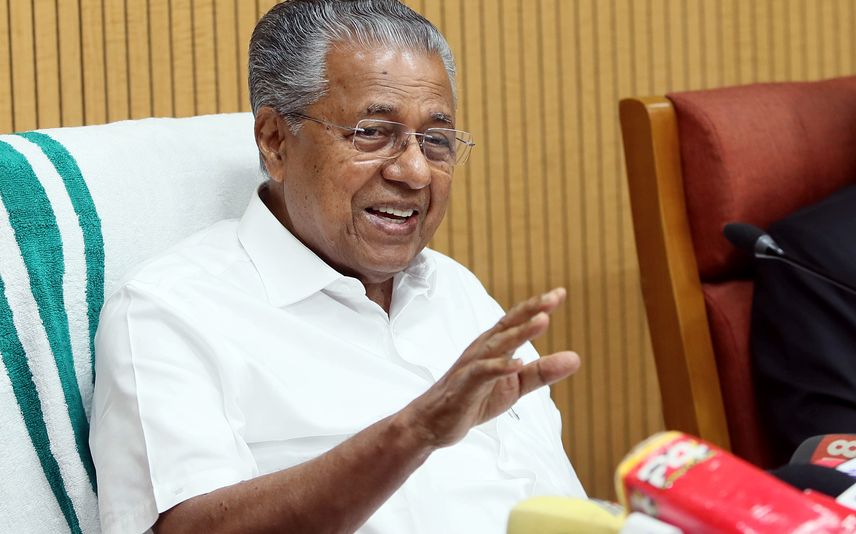 Thiruvananthapuram: The Silverline project, which is expected to considerably reduce travel time from Kasaragod to the state capital, cannot be implemented without approval from the Centre which appears to be giving it a second thought in view of the UDF and BJP opposition to it, Kerala Chief Minister Pinarayi Vijayan said on Tuesday.

Pinarayi Vijayan said that the central government, which may have been in favour of the project at one time, was now thinking twice about it in view of the protests against the semi-high speed rail corridor.

The CM said that this affects the overall development of the state and laid the blame for it squarely on the shoulders of UDF and BJP, alleging that they were opposed to such projects as they believed it would help LDF to return to power again.

"These are only political protests," he said while speaking at the inauguration of a workshop in EMS Academy at Vilappilsala in Thiruvananthapuram district of the state.

The event was held amidst tight security arrangements with even the media being denied entry by the police, probably in view of the protest against the CM on board an aircraft on Monday evening when his flight from Kannur district landed at Thiruvananthapuram airport.

The incident was termed as an assault on the CM and a terror activity by the CPM.

Prior to the event at EMS Academy, Mahila Morcha workers wearing black sarees were taken into custody from near the CM's residence where they were protesting against him.

In his inaugural speech at the event, the CM said that both the Congress and BJP had a similar stance where development of Kerala or status of public sector enterprises were concerned.

Both the parties want to do away with public sector enterprises and were against development in Kerala as they believe it would improve the image of LDF in the state, he alleged.

Vijayan said that the Centre's stand was not to help or support the development projects in the state and with the advent of the Goods and Services Tax, the state's revenue generation options have been cut down to only petroleum products and liquor.

Therefore, there was a reduction in revenue generation, nearly 50 per cent cut in Kerala's share of central taxes and cut in allocation of grants to it, all of which has put the state, which was facing economic problems due to the several natural disasters here, in further financial crisis, the CM claimed.

Therefore, the state has to and was working towards finding sources of investment for the various development projects the government intended to implement here keeping in view the next 25 years, he said.

He said that the LDF has been given a second term by the people and therefore, it was not going to sit on its laurels and would instead be working to ensure the promises it made to the people are fulfilled.