The minister urged the public to unleash their protests at the officials who approach for K-Rail and said that the government cannot go forward with a project turned down by the people. 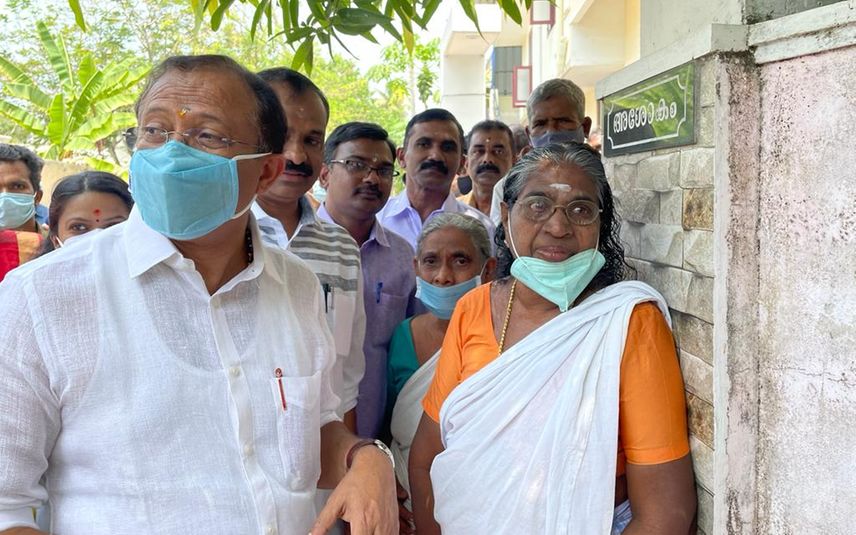 Thiruvananthapuram: Minister of State for External Affairs V Muraleedharan asserted that the SilverLine project will not be implemented in Kerala. The state government has not submitted the complete project so far. The state obtained permission from the centre only for conducting a study over the implementation of the project and not for acquiring land, asserted Muraleedharan.

The minister was visiting the houses at Karikkakom region where survey stones are being laid for the SilverLine project. After the meeting with the Prime Minister, the Chief Minister had claimed that the PM responded in favour of the project. However, on the same day, the Union railway minister had raised concerns against the project at Rajya Sabha. Hence, the statement of the railway minister could be considered as valid, opined Muraleedharan.

He pointed out the minister’s statement that the SilverLine may inflict environmental issues in the state. He also added that the Centre can reject the project only if the Kerala government submit a detailed proposal with a complete project. But nothing like that had happened.

Later, a delegation of BJP leaders led by Muraleedharan visited the houses at Karikkakom. The minister urged the public to unleash their protests at the officials who approach for K-Rail project and declared that the government cannot go forward with a project turned down by the people.