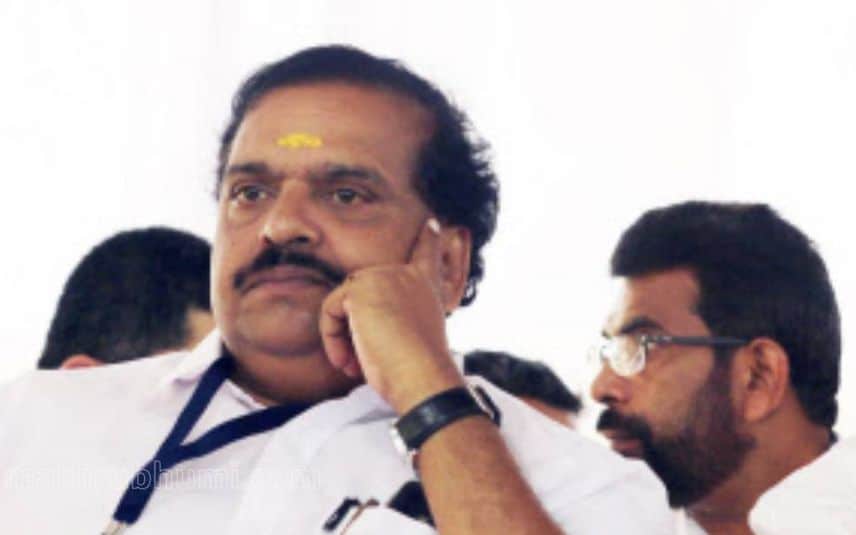 Thiruvananthapuram: BJP leader from Kerala and the party's National Executive Member P K Krishnadas on Sunday said the country is being ruled by a government which is committed to implement the ideology mentioned in RSS ideologue M S Golwalkar's Bunch of Thoughts.

Days after senior CPM leader Saji Cheriyan resigned from his ministerial post due to his controversial comment on the Indian Constitution, the senior BJP leader dismissed the allegation of Leader of Opposition in the state assembly V D Satheesan that Cheriyan's remarks on the Constitution were from a book penned by Golwalkar.

Krishnadas said Golwalkar always showed respect towards the makers of the Constitution but Cheriyan denied the very existence of the document.

The BJP leader claimed "there was no doubt that the Constitution needs many amendments" and even Chief Justice of India N V Ramana had made it clear that "the Constitution should be Indianised".

"...Many foreign concepts have got into our Constitution. Even Guruji (Golwalkar) said the same. The western influence must be removed. The special provision for Kashmir was removed from the Constitution based on Guruji's ideology. India is ruled by a government which is committed to implement the ideology mentioned in Bunch of Thoughts. More of such amendments can be expected," Krishnadas said.

The senior BJP leader went on to say that the Constitution envisages a distorted idea of secularism.

Attacking Article 1 of the Constitution which says India shall be a Union of States, Krishnadas said India was not a union of states but a single nation from Kashmir to Kanyakumari.

"Socialism, which is a western concept, is not suitable for India," Krishnadas said.

According to media reports, the RSS had recently sent a legal notice to Satheesan seeking an explanation from him as to where the comments were made by Golwalkar in his book.

Noting that he was rejecting the notice with the "contempt it deserves", the Congress leader had said he was ready to face any legal action and that he made the statement quoting the page number of the book.

He had further said the approach of the RSS and that of Cheriyan, who is also the state secretariat member of the CPM, towards the Constitution were similar.

A case was registered under Section 2 of the Prevention of Insults to the National Honour Act at Keezhvaipur police station, against Cheriyan over his controversial remarks.

Cheriyan had on Wednesday announced his resignation amidst mounting criticism from various quarters, including the Opposition, over his controversial remarks against the Constitution recently.

In visuals aired by local TV channels, the then state minister could be seen saying in a recent event that the Constitution of the country "condones exploitation" and is written in a way helping to "plunder" the people of the country.

In a statement given in the state assembly on Tuesday afternoon, Cheriyan said news reports claiming he had criticised the Constitution at an event held at Mallappally in Pathanamthitta district were "distorted."

"I am a public servant who respects our Constitution and upholds its noble values...I have never once intended to insult the Constitution or say anything against it," the CPM leader said. PTI