Kerala has reported 213 COVID-19 deaths in a span of 24 hours, according to data updated at 8 am on Monday. 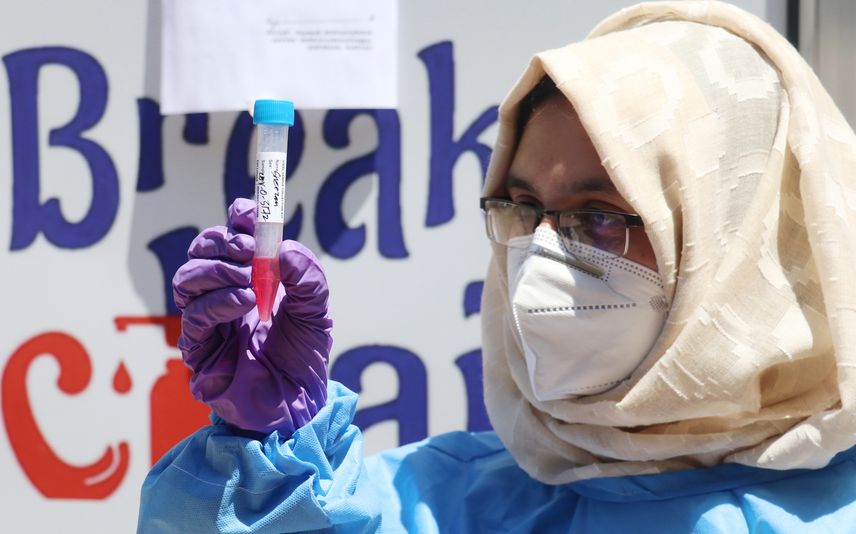 New Delhi:The Centre has asked Kerala to provide updated COVID-19 data daily and noted that the state reporting figures after a gap of five days has skewed India's key pandemic monitoring indicators such as cases, deaths and positivity rate.

Daily and diligent reporting of data is critical to arrive at a meaningful understanding of the pandemic situation and will help not only in tracking and monitoring but also in defining the strategies and plans at the Centre, state and district levels, Join Secretary in the Union Health Ministry Lav Agarwal said in a letter to Kerala's Principal Secretary of Health Rajan N Khobragade.

The Union Health Ministry has regularly emphasized the need for a robust reporting mechanism of state-wise cases and deaths on a daily basis, the letter stated.

Since the start of the pandemic, the government has been receiving relevant data daily which has helped in proactive analysis and strategy building at the national level.

Agarwal said daily and diligent reporting of data is critical to arrive at a meaningful understanding of pandemic in the districts, state and national level and ensure that any anomalies, surge or emerging trends can be captured in a timely manner.

"This is especially relevant as it is a highly infectious disease and also has an associated risk of emergence of new variants. Quick and continuous update of data will assist in India's fight against the COVID-19 pandemic and will help not only in tracking and monitoring but will also in defining the strategies and plans at the Centre, State and District level," the letter stated.

"You are, accordingly, requested to ensure that daily updation of required details is undertaken by the state to the Union Ministry of Health," the letter stated.

Kerala has reported 213 COVID-19 deaths in a span of 24 hours, according to data updated at 8 am on Monday.

Kerala reported 213 deaths in a span of 24 hours, out of which one death was reported on April 17 while 62 were designated as COVID-19 deaths after receiving appeals based on the new guidelines of the Centre and the directions of the Supreme Court and remaining 150 deaths were reported from April 13 to 16, according to the Union Health Ministry. PTI

Kottiyoor receives highest rainfall on Sunday as Monsoon intensifies in ...