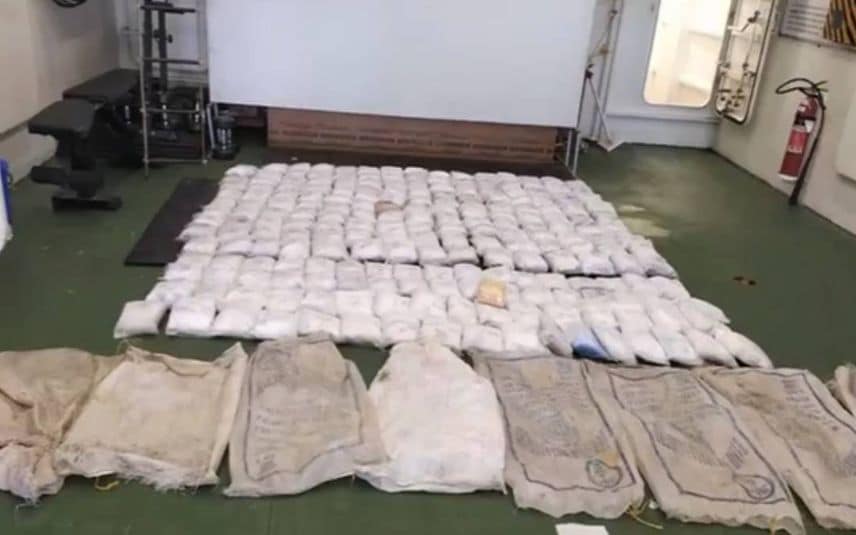 Kochi: Central agencies have stepped up investigation over drug trafficking in South India in the backdrop of heroin worth Rs 1526 crore seized off the coast of Lakshadweep on Friday. The Directorate of Revenue Intelligence (DRI) conducted raids in the Kanyakumari and Nagarcoil areas of Tamil Nadu on Saturday as part of the investigation.

It is learned that RAW and NIA sought information from DRI over the drug bust in Lakshadweep.

The heroin was seized in a joint operation between the Directorate of Revenue Intelligence (DRI) and the Indian Coast Guard. Officials seized 220 kg of heroin worth Rs 1526 crore off the coast of Agatti in Lakshadweep Islands.

The raid was based on secret information received by the officials over drug trafficking on the Lakshadweep coast. It is learnt that both boats were from Colachel in Tamil Nadu. A total of 218 packets, each weighing 1 kg were recovered from the boats.

It is reported that the heroin was transferred to the boats from a ship that arrived from Afghanistan. The boats were heading towards Tamil Nadu.

20 fishermen, including four Malayalees, were arrested and taken to Kochi for further questioning.

An official statement later said an operation was launched by the DRI after it developed specific intelligence over a period of several months that two Indian boats would be sailing from the coast of Tamil Nadu and receive narcotics in large quantities somewhere in the Arabian Sea, during the second/third week of May.

Based on these inputs, a joint operation of the DRI with ICG codenamed 'Operation Khojbeen' was launched on May 7 and under the operation, ICG ship Sujeet, with DRI officials onboard, maintained a close watch near the country's Exclusive Economic Zone (EEZ).

On questioning, some of the crew members in these boats confessed that they had received heroin in huge quantity on the high seas and that they had concealed it in both the boats.