Sumesh was hit by a car on the service road near Chakka on Wednesday evening. 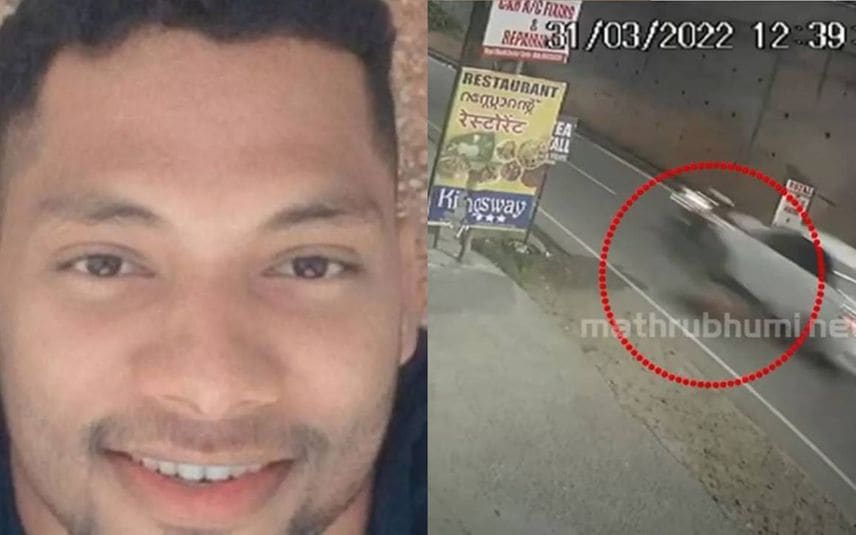 Sumesh who was killed in the accident, CCTV footage of accident | Photo: Mathrubhumi News

Thiruvananthapuram: Police raised suspicion over the death of Sumesh who was killed in a road accident at Chakka. Sumesh, an accused in a murder case was mowed down by a speeding car on Wednesday. After examining the CCTV footage of the accident, Vanchiyoor Police suspect that it was a pre-planned murder.

Sumesh was hit by a car on the service road near Chakka on Wednesday evening. Following the accident, three people who were in the car were taken into custody. Police reported that the three men are Kattakkada natives.

It is reported that Sumesh had gotten drunk and engaged in a verbal dispute with the trio in the car minutes before the accident. Vanchiyoor Police said that the speeding car crushed him to death when he was returning from the bar. The footage clearly shows the car hitting Sumesh and then running over him.

Sumesh was booked in the murder case of a goon leader Karali Anoop in 2014. The police are investigating whether this case has any links to Sumesh’s murder.

After 3 months of probe, Kannur youth booked in hit-and-run case