The people who hire electric autorickshaws are being forced to alight from the vehicle and are left midway. The drivers complain that many people are refusing to get on their rickshaws fearing that their journey will be disrupted. 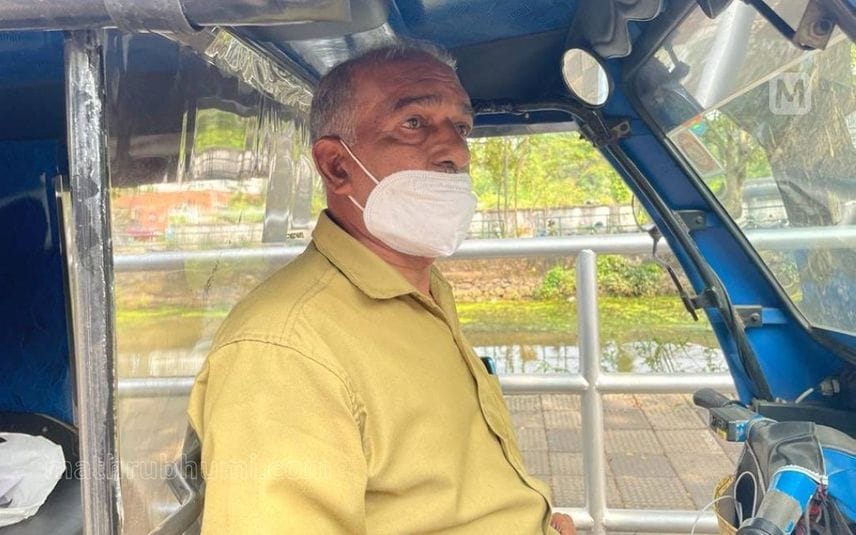 Kozhikode: ‘I bought this electric autorickshaw upon hearing the government’s promise that there is no need for tax or permit. I pledged the gold of my wife and daughter to raise money for purchasing the e-autorickshaw. I know some people who have even mortgaged their property documents and were forced to make a payment of Rs 9000 per month. Ever since we started taking the vehicle out on the streets, it has been difficult for us. We are being tormented by the union workers who are playing us like puppets.

They are forcing passengers out of our autorickshaws saying that we don’t have a permit. All efforts to convince them continues to go in vain,’ Devanandan, an e-autorickshaw driver in Kozhikode opened up about the difficulties.

'I switched to electric autorickshaw after driving diesel autorickshaw for the past 32 years. I had started to develop discomfort by driving around the old autorickshaw. But some people are not letting us live,' he added with tearful eyes.

The helplessness of 62-year-old Devanandan, who runs an electric autorickshaw in Kozhikode city reflects the life of many people who depend on the e-vehicle for a livelihood.

‘I am done complaining. Even the authorities have left us without any help,' he pointed out.

Even though new permits are not being given, the drivers were given CCE numbers. Union workers obtained a stay order from the court over this and started stopping the electric autorickshaws.

The people who hire electric autorickshaws are being forced to alight from the vehicle and are left midway. The drivers complain that many people are refusing to get on their rickshaws fearing that their journey will be disrupted.

Last day, Chelannur native Jayaprakash developed sudden chest pain and got into an electric autorickshaw from Sarovaram to reach the Medical College hospital. But some CC autorickshaw drivers stopped the vehicle and forced the passenger to step out of the vehicle in the middle of the road. Jayaprakash said that although he tried to tell them that he was going to the hospital, they did not pay any heed to that and raised their voice against him after forcefully making him off the vehicle. He told Mathrubhumi.com that he filed a complaint with Nadakkavu police but no action was taken yet.

Such incidents have been reported multiple times in the city. If the number of electric autorickshaws that can run without a CC permit increases in the state, then the income of those owning the CC permit will go down. Electric autorickshaw drivers say that it is the root cause of the protest against them. As the autorickshaws are not allowed to be parked in stands, they are forced to run at all times around the city looking for passengers.