The flat construction in Wadakkancherry was first entrusted with Habitat Technology and they designed the plan and other details. 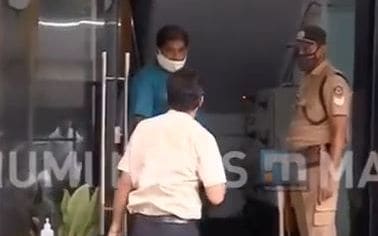 Kochi: The Thrissur District Coordinator of Life Mission appeared before the Central Bureau of Investigation (CBI) on Tuesday. Life Mission district coordinator Lince David reached the CBI office at Kadavanthra in Kochi. It is learnt that Lince was given a notice to appear in the office. CBI is currently interrogating Lince regarding the Life Mission controversy.

The probe team will also inquire about the contract entered with Red Crescent in addition to the Life Mission issue. The flat construction in Wadakkancherry was first entrusted with Habitat Technology and they designed the plan and other details. After this, assistance was offered from Red Crescent and the project was handed over to them. Lince was summoned in order to know more about this.

CBI is investigating into the case in connection with the foreign funds received without permission and the conspiracy behind the same. The CBI team had raided the Wadakkancherry municipality headquarters the other day. They also checked some documents from the office. Municipal secretary and others will be questioned by the CBI, as per reports.