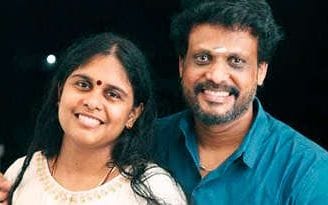 Coimbatore: Police filed a case against a couple for embezzling money from people assuring job at ESI hospital, a central government office falling under the Ministry of Labour & Employment. Crime Branch unit of Coimbatore City registered a case against Dhanya (39), a Thrissur native, and her husband Karunanidhi based on a complaint lodged by Nufail, a Sulur native.

Dhanya convinced her driver Pradeep that she was a doctor at an ESI hospital in Singanallur, and several vacanies were available there. Pradeep, an accused in another cheating case, told police that Dhanya was involved in several fraud cases in Bangaluru.

However, Dhanya absconded soon after receiving the money. Nufail accidentally met her while delivering food to her residence.

The complainant staged a protest in front of their house for three days demanding return of their money and certificates. Dhanya and her family were unable to leave the house. So they finally returned the certificates through her lawyer. However, they refused to give the money back. On Thursday, she threatened to commit suicide if the complainants did not stop their protest and leave.

Following this, the police intervened and shifted Dhanya and her family to a hospital. The family ran out of food days ago since not being able to go outside.