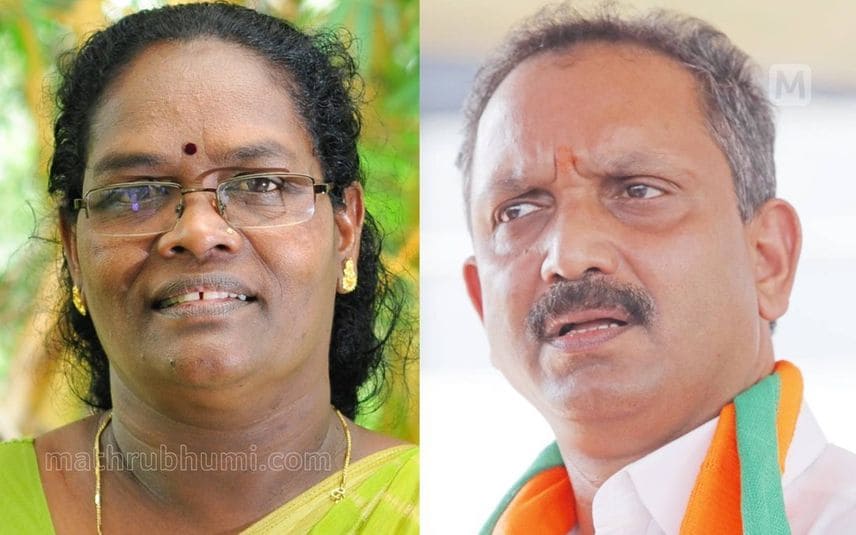 Kalpetta: Sultan Bathery police registered a case against BJP state president K Surendran on the basis of a complaint that he gave money to JRP leader C K Janu for fielding her as NDA candidate in the constituency. C K Janu also is named accused in the case. The police took the action as directed by Kalpetta court.

According to the case, Surendran gave money to C K Janu for contesting the assembly polls as NDA candidate. It was Mathrubhumi News that released the telephone conversation recorded by JRP leader Praseetha Azhikode regarding the incident.

Soon after this, a former member of C K Janu's party also alleged that she received money for contesting the election. Pointing out these allegations, Navas approached the court.

SC verdict on KTU VC appointment will lead to centralisation of higher ...