Case against 3000 persons; Protests against Jaleel set record in number of cases, arrests

This is for the first time in the history of Cantonment police station such a huge number of cases are registered and so many people are arrested within a few days. 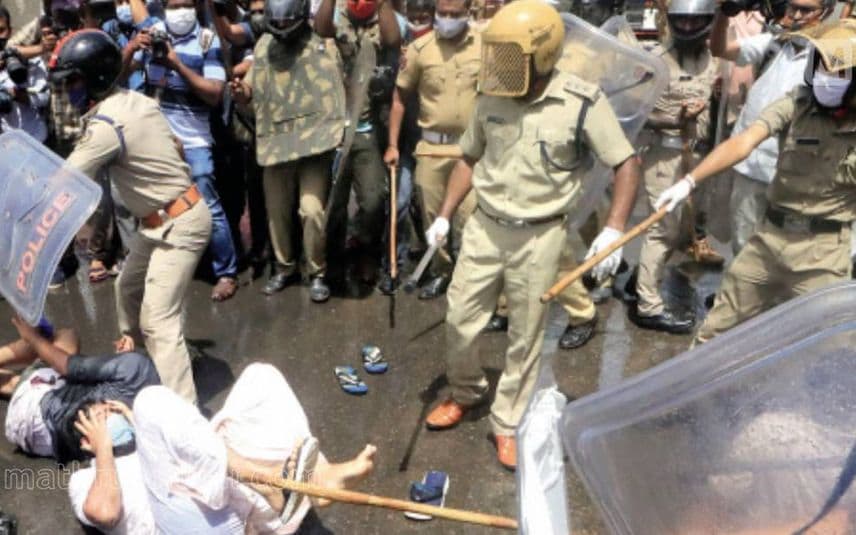 Thiruvananthapuram: The protests staged here demanding resignation of minister K T Jaleel have set a record in the number of cases charged and the arrests recorded. The Cantonment police registered case against 3000 persons in connection with the protests against minister K T Jaleel held in front of the secretariat within the last 8 days.

The case for violating COVID protocol also was charged. They were named accused in 25 First Information Reports (FIR) and 500 people were arrested. This is for the first time in the history of Cantonment police station such a huge number of cases were registered and so many people were arrested within a few days.

Case has been charged against all of them on the basis of Epidemic Diseases Ordinance for violating COVID protocol. Also, cases are charged for unlawful assembly, attack on police and obstruction of public path. However, none of them are charged with case for damaging public property.

More number of cases are registered against BJP, Yuva Morcha and Mahila Morcha activists. Youth Congress and KSU workers are also in the next spot. Five police officers sustained injuries in the clashes.