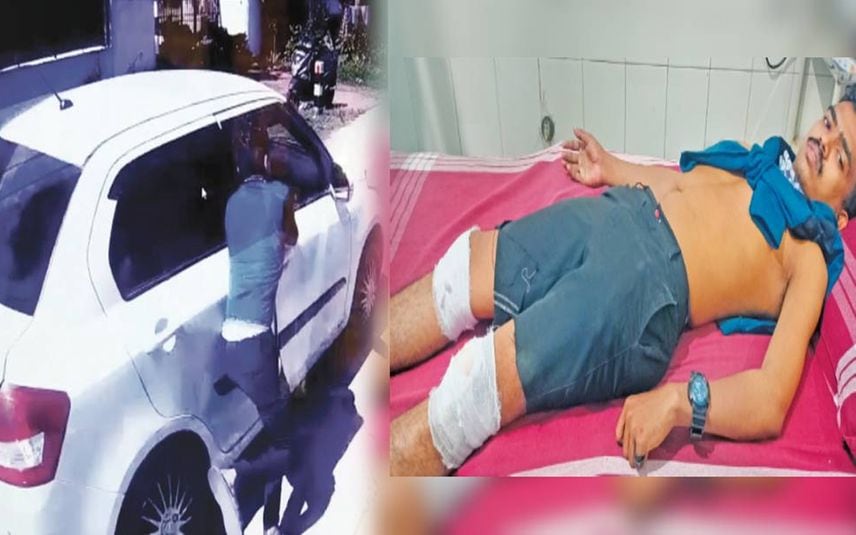 A screenshot from CCTV visuals, Arun

Kollam: A toll plaza employee of Kureepuzha was severely injured when a car driver held his t-shirt and dragged him along with the moving car. The injured has been identified as Arun. Police have taken lawyer Shibu from Attingal under custody. Shibu was in the car when the incident took place and informed the investigation team that his friend Lanjith had driven the car. Police have intensified search for him.

The incident happened when a car heading to Thiruvananthapuram reached Kureepuzha toll plaza on Thursday at around 2.45 pm. Arun stopped the car which was speeding through the emergency line and demanded toll. However, the driver said that he was going for an emergency and without paying the toll, he attempted to drive the car. But, Arun blocked the vehicle placing a traffic cone which provoked the driver. The driver thrashed Arun and showered abuses at him.

When the other staff of the toll plaza rushed to the spot, the driver drove the car dragging Arun. He left the hold only after driving for at least 50 metres. Arun sustained injuries all over his body. He was soon admitted to a private hospital in Mathilil.