Car-bike accident amid stunts displayed by Plus Two students on farewell in Kozhikode, See video 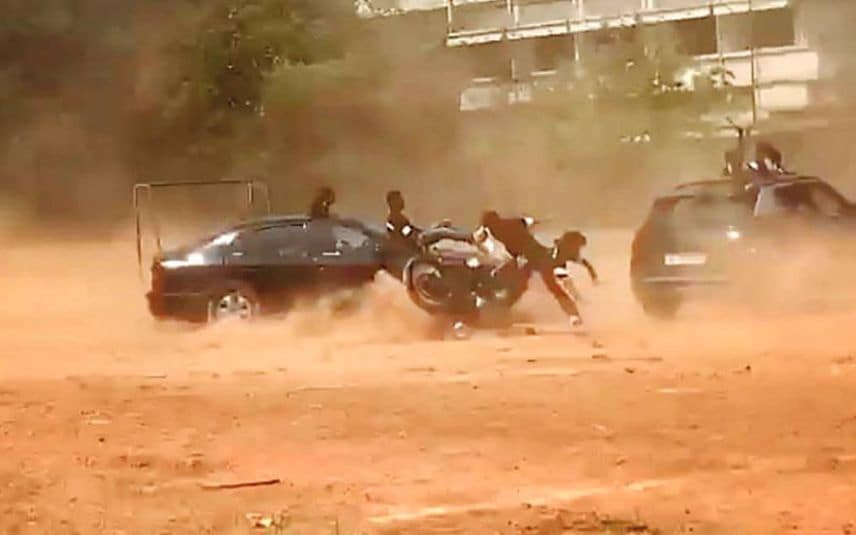 Kozhikode: The farewell celebrations of higher secondary students of Malabar Christian College Higher Secondary School with cars and bikes crossed all limits. While exhibiting adventurous stunts on vehicles, one of the cars hit a speeding bike. Nadakkavu police registered a case against the students.

The Motor Vehicles Department informed that the licences of three students who drove cars will be cancelled. Fine of Rs 4000 each was imposed for conducting car racing. The students confessed that the stunts were carried out to take videos and post it on Instagram as reels.

The car and bike stunts were organised by the students as part of the farewell programme of the School on Tuesday on the school ground. Some of the boys were spotted sitting over the bonnet and doors of the car while entering the school compound and staging stunts. The accident happened when the students were displaying dust-raising vehicular shows. The visuals of the incident show that the two students who fell from the bike were saved from serious injuries. MVD officials informed that as they could not recognise who were riding the bike which met with the accident, cases were registered only against students who drove cars.

The police and MVD had booked cases based on the complaint lodged by the principal of the school. The school authorities claimed that the students were instructed to not bring vehicles to school on the farewell day.

What young Indians think about independence