Ansi and Anjana gone too soon leaving many dreams unfulfilled 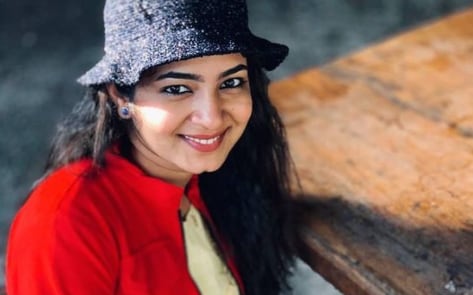 Kochi: On 'Kerala Piravi' day, Malayalis woke up to the extremely disturbing news of a car crash that claimed the lives of former Miss Kerala title winner Ansi Kabeer and first runner-up Anjana Shajan. Both of them have been friends since they met at the pageant held in 2019.

Their co-passengers, Mala native Abdul Rahman and Muhammed Ashiq from Kodungallur, sustained serious injuries and were admitted to Ernakulam Medical Centre. Muhammed Ashiq is in critical condition. The mishap took place at the bypass between Vyttila and Palarivattom, near the Holiday Inn hotel at around 1.30 am.

Palarivattom police said that the car was driven by Abdul Rahman and he swerved to avoid hitting a bike which resulted in the accident. The Ford Figo car that rammed into a roadside tree has been smashed completely. Ansi and Anjana died on the spot and it took almost an hour to pull the victims out of the car.

25-year-old Ansi Kabeer who hails from Palamkonam of Thiruvananthapuram district had been working as an IT Engineer at Infosys. It was during her days at college, Ansi started to pursue modelling and later became the first runner-up in the Miss Malabar contest and Lulu Beauty Contest of 2018.

Though many of her relatives were at odds with her entry into the fashion industry, her parents Kabeer and Raseena always backed their only daughter in all her endeavours. At the Miss Kerala contest, she had mentioned that her efforts are to inspire those girls in her community, who are restricted to enter into the domain of fashion. Ansi had gone too soon without fulfilling many of her dreams, among them was her desire to set foot in the film industry.

Anjana Shajan (26), a Thrissur native and an Ayurvedic doctor who won the first runner-up title had no previous experience in the modelling industry. Their mortal remains are kept at Government Medical College, Ernakulam.