Couple meets with accident while eloping in Thiruvananthapuram

It is only when the police contacted the girl's house after the accident, the family came to know that the girl was not at home. 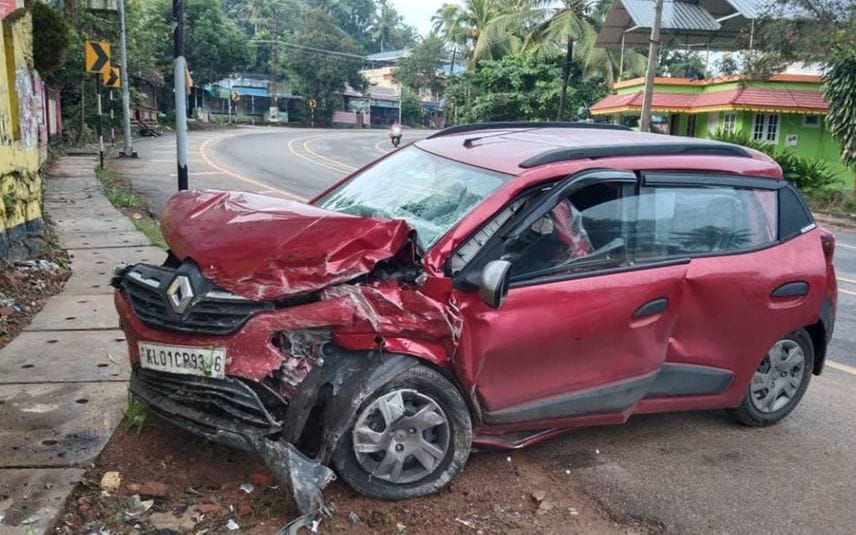 The car that met with the accident

Thiruvananthapuram: The car in which a young couple was eloping met with an accident at Koliyakode here. Four people including the couple and their friends were injured in the mishap. Shameer (24) from Vizhinjam and his 18-year-old girlfriend from Kanjirappally in Kottayam were trying to elope.

The accident happened when the couple was on the way to Vizhinjam from Kanjirappally. The car rammed into a wall near the road at Koliyakode Pulanthara at around 5 in the morning. The girl's family came to know that she was not at home only when the police contacted them after the accident.

Shameer and the girl met through on social media. The parents knew about the girl's relationship with Shameer. Her parents had told him that they could consider fixing their wedding after two years as she is only 18 now. But Shameer and his relatives managed to kidnap the girl without the knowledge of her parents.

Shameer's relatives Hakeem (24), Subaid (24) and the girl also were injured in the accident. Subaid, who was driving the car, escaped with minor injuries as the car's airbag opened at the time of the accident. The accident occurred when the driver fell asleep while driving. All four injured have been admitted to the Thiruvananthapuram Medical College hospital.