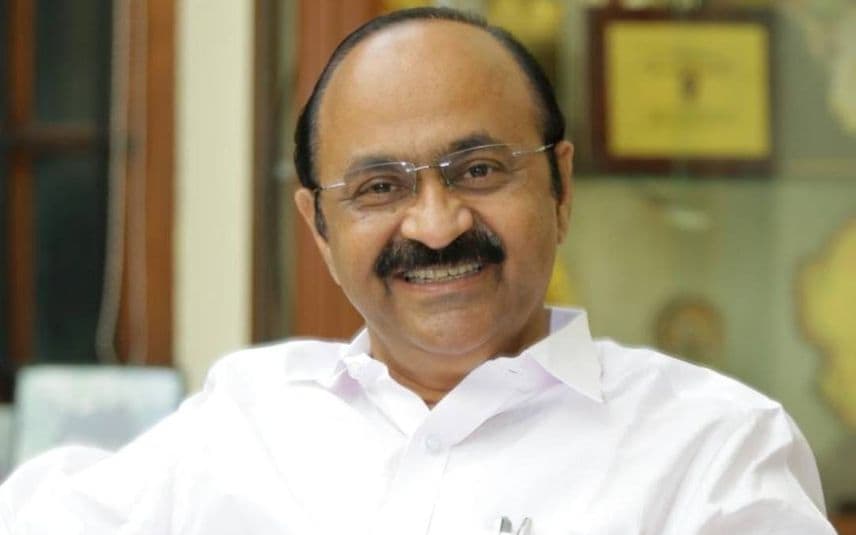 Kochi: Soon after Thrikkakara by-election result come out, Congress loyalists started to praise the Opposition leader VD Satheesan. Ernakulam MP Hibi Eden shared a Facebook post referring Satheesan as ‘Captain Original’ which in turn gave a new momentum for showering praises on the latter. Following that many pro-Congress took to social media and started attributing Satheesan as the ‘Captain Original’ and the man behind the party’s success in Thrikkakara constituency.

However, things turned upside down when Eden’s FB post flooded with comments which pointed out that tendency to attribute victory to one man’s credit is counterproductive. Leaders in the Congress camp and individuals including MP K Muraleedharan raised eyebrows against labelling the 'Captain Original' tag on Satheesan,

Later, Satheesan himself intervened to downplay the escalated situation. He said that he is not a captain and he just lined up like others in the frontline. While addressing the media here Satheesan pointed out that no one in Congress is addressing someone as captain. He cited that Congress members earlier mocked a section of netizens who attributed CM Pinarayi Vijayan as captain after LDF’s victory in the Kerala Assembly elections 2021. The same captain tag was used to mock Vijan after Thrikkakara election as LDF claimed the captain will leave no stone unturned, he said.

According to Satheesan, there is sarcasm in the usage of the word captain. So it is not “safe” to get labelled as captain, he added.This is the first by-election after Satheesan has taken the charge of the front after Congress’s pathetic defeat in the assembly polls.