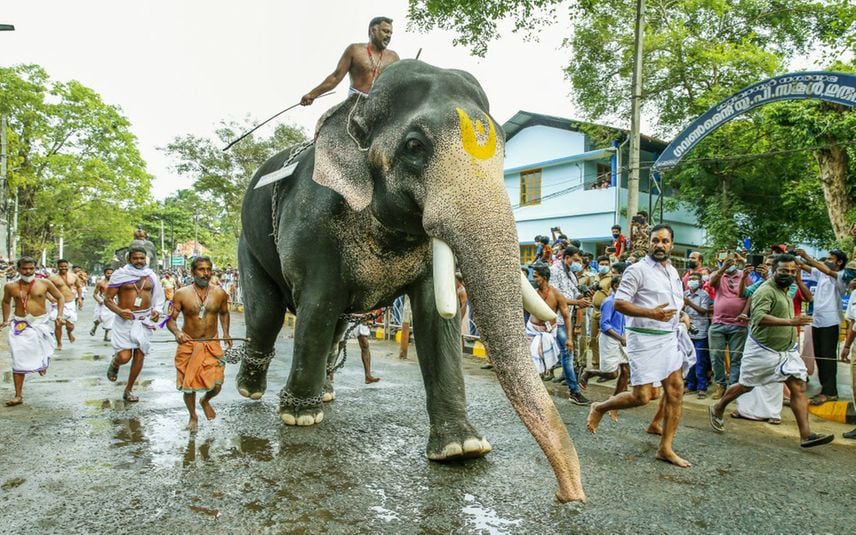 Kozhikode: The population of captive elephants has been acutely declining in Kerala. It is estimated that there will be no captive elephants in the state after 30 years. Only a few elephants will be seen in Kerala and far from sight for the upcoming generation. Only zoos and wildlife sanctuaries will keep captive elephants. Festivals in Kerala, also called ‘Poorams’, in which the caparisoned elephants occupy the spotlight, will have to be conducted without its centrepiece.

It is learnt that 70 per cent of captive elephants in Kerala are above 50 years. An average life expectancy of an elephant has been considered to be 80 years.

The decline in the population of captive elephants has been caused by the Wildlife Protection Act of 1972, which prevented capturing elephants from the wild. Later, the WPA was amended in 2002 and banned the sales of elephants. The elephant camps called ‘anakottil’ set up in the state to protect the elephants are also in a deplorable state. Kerala government’s ‘anakottil’ functions only in Kodanad. The ‘anakottil’ in Nilambur has completely ceased its operations.

As most of the captive elephants here are tuskers, the population could not be saved by producing progenies. The elephant owners complain that the strict rules of elephant conservation have made it difficult to rear the elephants. At least, Rs 5000 has to be spent daily to feed the elephants. They informed that it is strenuous to take care of the elephants and pay wages to mahouts all over the year with the money earned by taking part in the temple processions.

Children among 11 electrocuted during temple chariot procession in TN

Woman loses chain at temple fest, gets bangles as gift from outsider