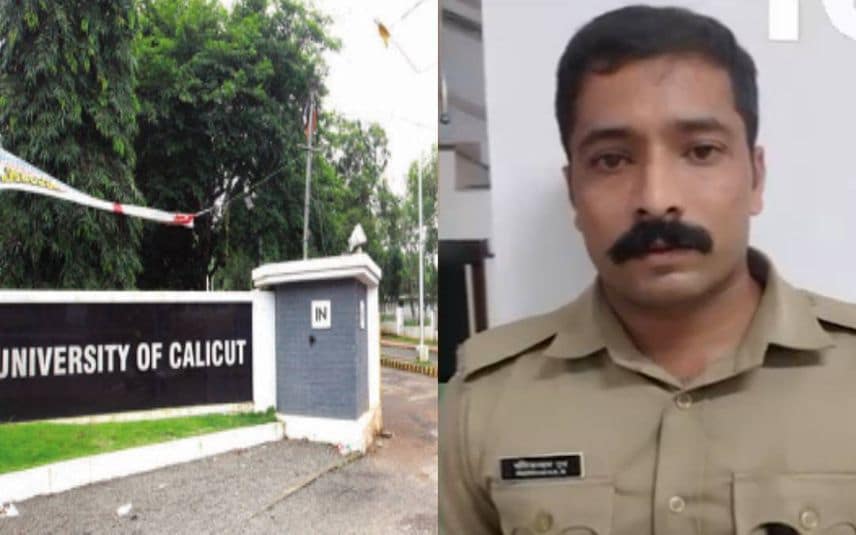 Thenjipalam: A security guard at the University of Calicut here was arrested for sexual assault of a 16-year-old minor girl. The accused is identified as Ariyallur native Manikandan (38), an ex-serviceman turned security guard. University Registrar Dr EK Satheesh informed that Manikandan has been expelled from his post at the university.

The assault took place in the thickets near Villunniyal on the university campus on Wednesday. The girl who is a plus one student had visited the spot with two of her friends including a girl and a boy. Manikandan recorded their video on phone and threatened to inform the matter to principal and their parents. He noted down the girl’s number and send them off. He phoned the girl within an hour.

The girl asked Manikandan to delete the video on his phone, but he refused to do so and demanded that she should meet him on the same spot. The police said that he then took the girl to the thickly forested area and raped her.

The girl who experienced physical difficulties following the assault informed the matter to one of her distant relatives. The security guard was arrested after the girl's family lodged a complaint with the police. Thenjipalam police informed that Manikandan has been booked under the POCSO act and rape charges. Parappanangadi court remanded the accused.