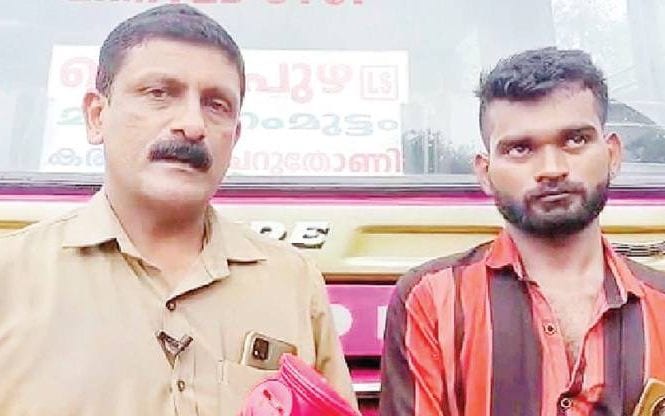 Thodupuzha: The workers and daily commuters of the ‘Bluehill’ private bus operating in Idukki’s Thodupuzha-Thopramkudy route are on a noble mission to provide financial aid to an elderly couple. This elderly couple used to travel on the bus regularly. But they were not turned up for a few days. Later, the bus workers decided to trace them.

Driver Jayan Thomas and conductor Rince John tried to get to know more about the couple and realised that they have been in treatment for cancer. Among the couple, the husband’s condition is more serious. Because of this, they avoided their trips on the bus.

Thomas and John thought of providing financial assistance to the couple upon realising their plight. They informed the matter to bus owner and decided to aid them.

Thomas and John intimated the matter to daily commuters on the bus and they also extended possible support to help the couple. They also decided to seek the help of passengers on the bus who are interested in providing financial assistance to the couple.

At first, the couple was not ready to accept the aid when the bus workers informed them about their plan. Later, they persuaded the couple and assured them that their names won’t be revealed.

Following that they made use of the bus WhatsApp group to communicate the matter. Apart from that the bus workers placed a small donation box adjacent to the seat and started to brief the commuters about the mission they are in.

The donation box will be cleared on daily basis and the money will be transferred to the bank. They are planning to continue the donation collection till November 20.

Meanwhile, the elderly woman has been working in a private firm in Thodupuzha despite her ailments. She is allowed to take rides on the bus without any charges.