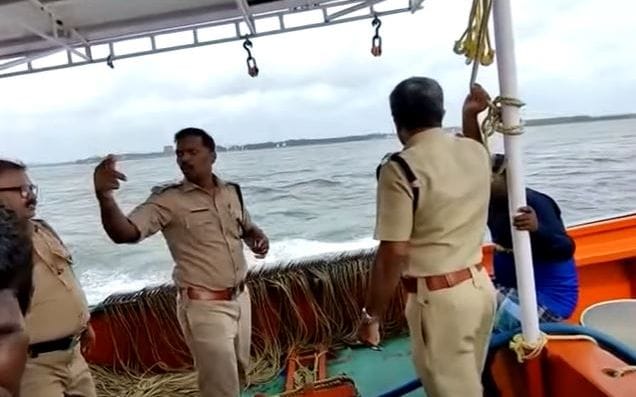 Fort Kochi: The Coastal police here assumed that the fisherman was injured by the bullet shot from the Navy team's guns. The police have sought an explanation from the Navy authorities and have asked them to produce the five guns used for training before the police station by Monday. The police sources revealed that the guns will be sent to the Forensic Science laboratory in Thiruvananthapuram and test firing will be carried out.

The probe team had found out that shooting training was ongoing in the Navy’s INS Dronacharya on the day of the incident. The fisherman was shot at from a place facing the

Navy’s shooting range. Five guns were being used at a time during the training session. An inspection was carried out again at the shooting range of INS Dronacharya with the help of ballistic experts. The police team also led an inspection at the sea.

Sebastian, a fisherman of the Al Rahman boat suffered bullet injuries while engaging in fishing on September 7 morning. He was rushed to a private hospital in Kochi after sustaining bullet injuries below the ears.

Other fishermen had alleged that the person was injured during the shooting session of the navy officials.