Fire and Rescue Service personnel and local residents had to break open the car to retrieve the bodies. 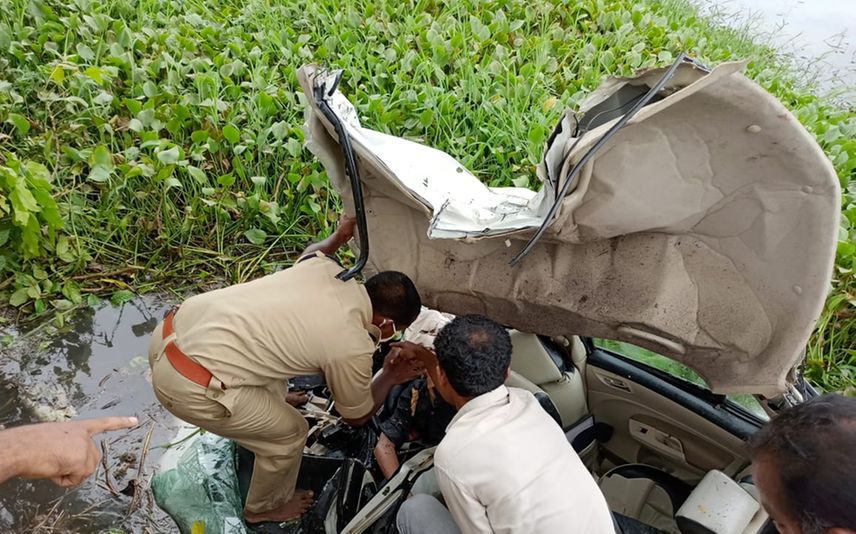 Alappuzha: Two brothers were killed after the car in which they were travelling rammed a tree and fell into a body of water near Pacha junction in Edathua.

The deceased were identified as Mithun M Panikkar (21) and Nimal M Panikkar (19), both natives of Thalavady. The accident took place around 9.30 am.

The brothers were heading home from Ambalapuzha in a car. Near Pacha junction, the driver lost control of the vehicle. It rammed a tree before falling into a body of water nearby. The brothers died on the spot.

Fire and Rescue Service personnel and local residents had to break open the car to retrieve the bodies. Onlookers said that the speed of the vehicle and garbage on the road caused the accident. The bodies were taken to the Vandanam Medical College Hospital.