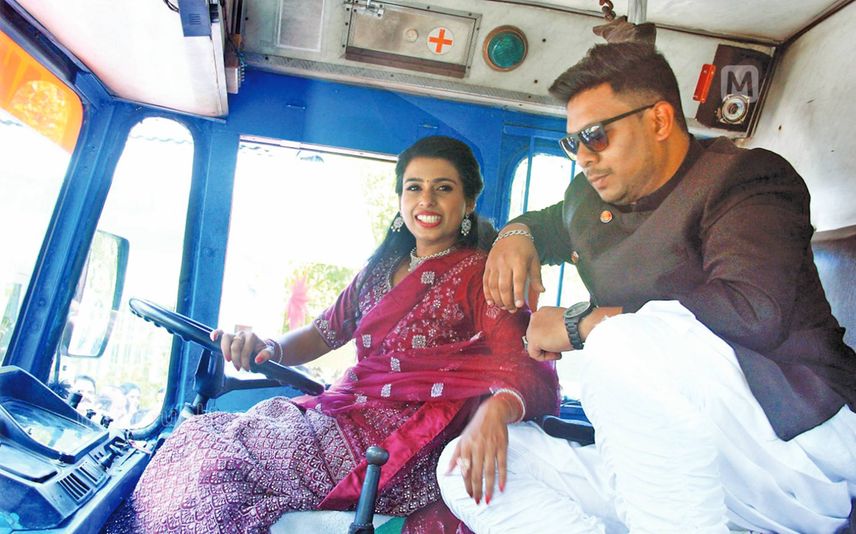 Kanjany: The invitees who reached the Kuttookaran convention centre in Karamukku to attend the betrothal ceremony were amazed to see the bride arriving at the venue driving a tanker lorry accompanied by her groom in the cabin. As soon as the couple reached, a pompous welcome was organised accompanied by musical instruments.

The bride who grabbed headlines by driving the tanker lorry on her betrothal day is a driver of an 18 wheeler truck in Dubai. Bridegroom and Kanjirapally native Hanson also drives a 10 wheeler truck in Germany.

A company in Dubai offered job to Delicia after spotting the news of a MCom holder woman driving a tanker lorry. She had only a single demand to not hinder her job as a truck driver while accepting the marriage proposal of Hanson.

Delicia is daughter of Karamukku native Davis and Treesa. The wedding ceremony of Delicia and Hanson will be held on Monday at Saint Antony’s church in Anakkal.