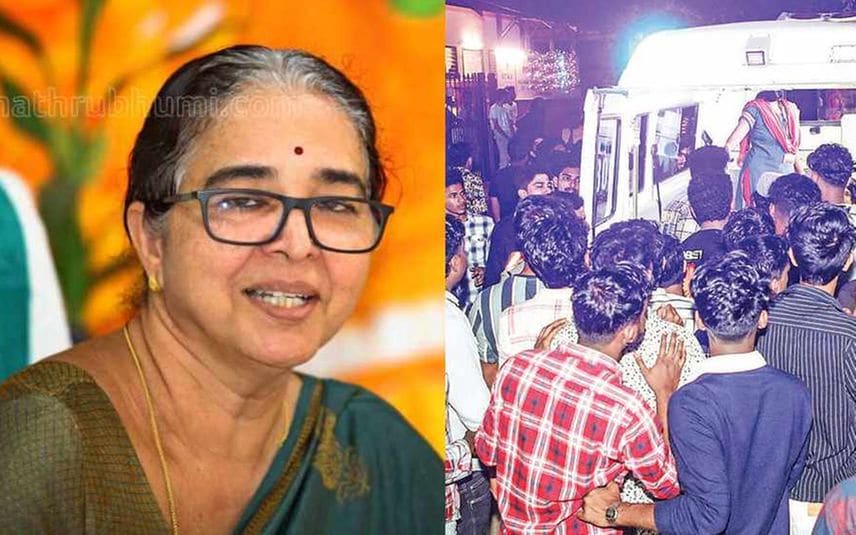 Kozhikode: Kozhikode Mayor Beena Philip said that the music concert conducted on Kozhikode beach on Sunday evening was without the permission of the corporation. On Sunday evening, a music concert organised by the Pain and Palliative Care unit of JDT Islam College turned ugly after clashes erupted between people who bought the tickets to attend the event. A total of 70 people, including cops, locals and students, were injured.

Kozhikode mayor said that authorities only allowed the setting up of stalls to collect funds for palliative care. However, no permission was sought to conduct a music concert.

"The inexperience of youngsters who conducted the event led to things getting out of hand. Further, they sold tickets for more than the available seats. We will also check whether these tickets were printed and distributed by the organisers or not," she said.

The Mayor pointed out that the police played a significant role in controlling the heavy rush on the beach on Sunday. Without police, the situation could have gone very bad. The organisers should have taken precautionary measures when organising such events, she added.

As part of the palliative fund collection, ‘555 The Rain Fest’ was conducted here for the last three days. A huge rush was witnessed in Kozhikode beach on Sunday evening for the music concert, for which tickets were sold online. The tickets were also sold at the venue before the start of a renowned musical band. Kozhikode beach is usually crowded during holidays.

The programme was planned to be conducted at a temporary stage set up on a corner of the beach. However, the venue could not occupy such a huge number of people. Those who purchased tickets rushed to get inside, which was blocked by the police and volunteers. The crowd attempted to shove the cops and sparked a brawl on the beach. Some violent men were found hurling stones and sand at the police, which provoked the latter. When police charged the crowd with lathis, people scattered and ran away.

Traffic restrictions in Kozhikode beach ahead of New Year

Carcass of giant turtle washes up on Kozhikode beach